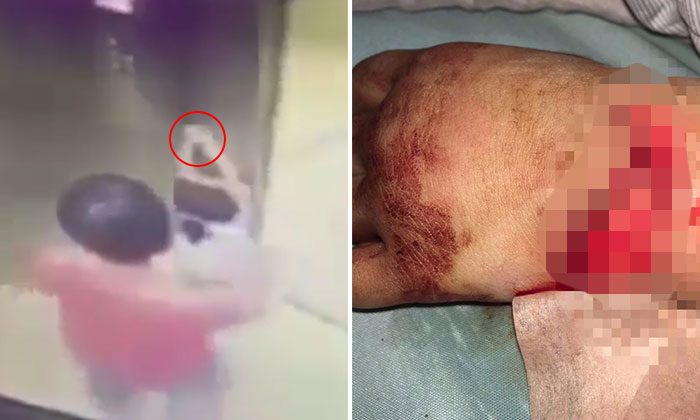 Despite using them every day, few people are actually aware of the dangers posed by the seemingly innocuous lift.

A circulating Facebook video of a girl whose hands got caught in the lift doors, and getting seriously injured, brought attention to the safety of our lifts again.

Apparently, the girl had hit and leaned against the closed lift doors, which suddenly opened, causing her hands to slip through right into the side gap at the doors, reports World of Buzz.

A surgeon who apparently attended to the girl, said on Facebook:

“The parents told me her (the girl’s) little hands started gushing blood on the spot and they blamed themselves so much that I (the doctor) didn’t have the heart to chastise them further.

“The girl’s hands had sustained serious injuries and her tendons were broken,

“She went into surgery where I tried to repair them, but the damage had already been done.

“Her condition has stabilised, but there is a big possibility that the functions of her hands would be affected.”

The surgeon ended his post with a warning to parents:

“Please be aware of the tragedy, so that no such accidents happen in the future.

“Keep your child by your side and never let them go near the doors!”

It is unclear where and when the incident took place.