Girl lets pet dog out of cage and gets mauled, requires 120 stitches 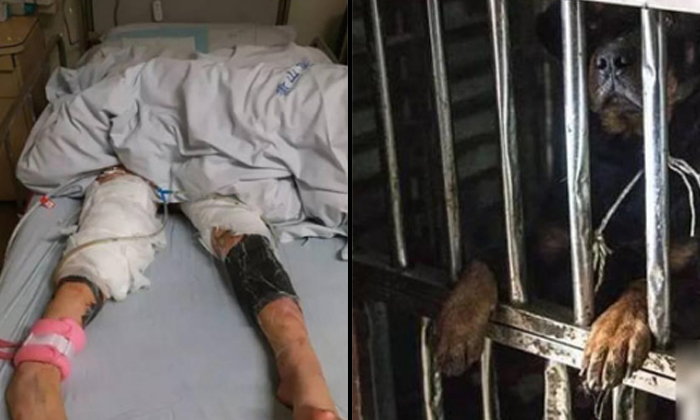 A 14-year-old girl was mauled by her family’s dog after she freed it from its cage at her home in Zhejiang Province, China, in a horrific incident that left her in need of 120 stitches.

Chinese media reported via Lianhe Wanbao that the girl stayed with her family and the dog in a two-storey house in Hangzhou City.

The dog, a Rottweiler, was adopted by the girl’s cousin. Deeming it too aggressive and hostile, the girl’s father had left it in a cage, while the rest of the family steered clear of it.

According to Hong Kong’s Apple Daily, the girl had taken pity on the Rottweiler, as it had been left in the cage for a long time, and decided to unlock the cage on the day of the incident.

The dog immediately attacked her, mauling her head, face and limbs.

The girl’s father, who was on the second storey, heard her screams and came rushing down to see what had happened. When he arrived, he found the dog biting down on his daughter’s left thigh.

Despite his attempts to chase the dog off by hitting it with a stick, the dog refused to let go of the girl, even dragging her along as it tried to escape. It eventually let go of the girl after running around for an unspecified duration of time.

The girl was immediately brought to the hospital, where she received 120 stitches for the injuries she sustained from the mutt. Due to the severity of the injuries, she is still warded.

The girl’s father reportedly wanted to get rid of the dog, but a doctor advised him to keep it for another week to check if the dog had rabies.