Girl graduated ITE with perfect GPA, continues to shine in Singapore Poly despite the odds 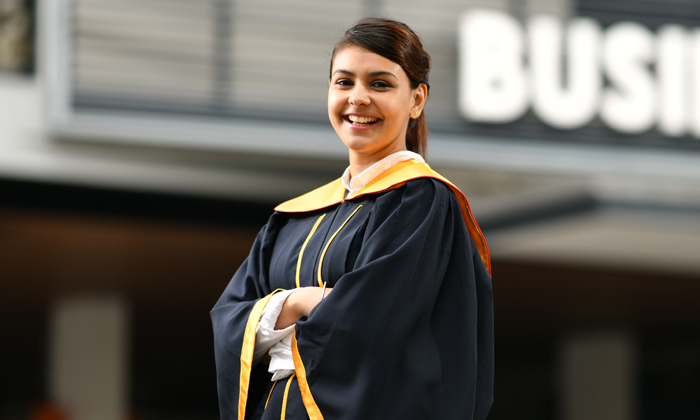 Amrita Kaur’s journey to where she is now was anything but easy.

Failing to do well in her PSLE was a blight on her life. The death of her grandmother, whom she was very attached to, left an emotional void in her life. Inevitably, this affected her studies and she ended up in the Normal Technical stream, which led her to ITE.

She felt looked down upon by her relatives, and worst of all, felt that she had disappointed her parents. As a result, Amrita entered Gan Eng Seng School feeling very demotivated and uninterested in the things around her.

Things changed in Secondary Two when the family faced financial challenges. This led Amrita to realise the importance of having a stable career to be financially independent. In order to do this, a sound education was necessary.

Amrita decided to work hard, especially in Mathematics, which was her weakest subject. Overtime, her hard work paid off and she topped her cohort, receiving the Lee Kuan Yew All-Round Excellence and Lee Kuan Yew Outstanding Normal Course award.

After completing her GCE-N Level exam, Amrita went on to ITE College West to pursue a Nitec and Higher Nitec in Finance Services. Her good grades in Nitec allowed her to skip a year of her Higher Nitec course and she graduated at the top of her cohort with a perfect GPA before applying to SP’s Diploma in Accountancy.

An introvert by nature, Amrita overcame her fear of speaking in public during her time in SP. She was given many opportunities to speak to large crowds. This helped her step out of her comfort zone. Determined to make her time in SP count, she joined the SP Rotaract Club – a community service based club, and became its President in her final year.

Back home, the SP Scholar interned at Deloitte Singapore, one of the Big Four accounting firms, for six months as an audit intern. Through this internship, Amrita had a better understanding of audit work and had the opportunity to delve deeper into the world of finance. Amrita thinks that finance analytics could be her next growth area.

Though she took a longer education pathway than most, Amrita realised that an outcome is not only the result of ability, but also desire. With hard work, passion and focus, one can achieve all desires. Amrita has already received offers from two local universities to study Accountancy.

We are so proud of you Amrita. Go chase your stars!

Related Stories
Poly student who was always academically behind earns spot on SP's Director's Honour Roll
Student gives up JC route after attending SP's open house, despite scoring 5 points in O-Levels
Singapore Poly student with passion for chemistry and fencing has both brains and brawn
More About:
Singapore Polytechnic