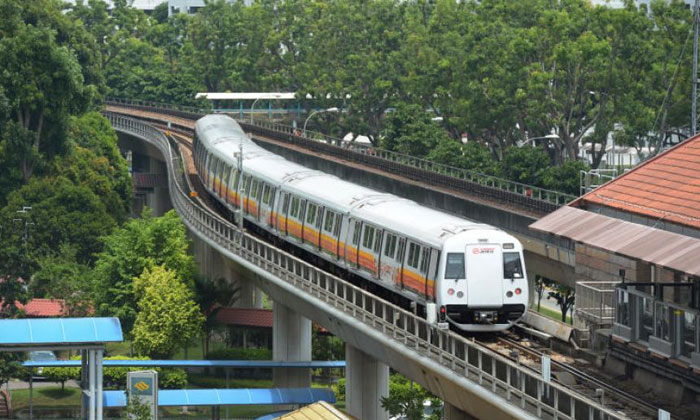 A female commuter was arrested after she was spotted standing on the tracks near Yio Chu Kang MRT Station, causing train services in both directions to come to a standstill on Monday afternoon (Aug 2).

Photos and videos circulating online show the commuter peering over the rails along the track.

In response to a Stomp query, the police said they received a call for assistance at 1.55pm.

"The female commuter was subsequently brought to safety and apprehended under the Mental Health (Care and Treatment) Act," a police spokesman said.

She was also arrested for criminal trespass.

SMRT said in a statement on their Facebook page that services between Ang Mo Kio and Yishun stations were halted at 1.55pm due to the incident.

On 2 August at about 1.55pm, train services were halted between Ang Mo Kio and Yishun stations in both directions. A...

"A female commuter at Yio Chu Kang station climbed over the half-height platform screen door and got onto the track," SMRT said.

"Commuters on the platform activated the Emergency Stop Plunger and our staff immediately responded on site.

"Traction power was turned off, and the police and SCDF were immediately activated."

The commuter was escorted by the police off the tracks at about 2.10pm.

SMRT is assisting the police in their investigations.

It added that free bus services between Ang Mo Kio and Yishun were made available.