Girl and her friends beat up BF, kicked his groin after finding indecent photos on his phone 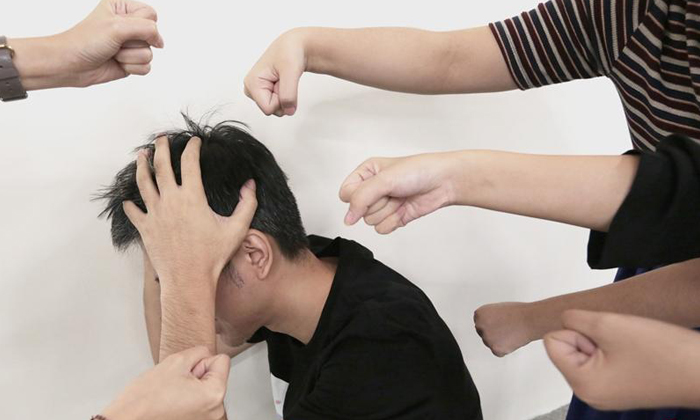 A girl and her friends walloped her boyfriend when they found out that he had taken photos of her sleeping in a sports bra and panties.

The group also discovered that he took photos of another girl's buttocks when she was sleeping in short pants.

Yesterday, the court called for a probation report for the girl, who is now 16.

Those involved in the casecannot be named due to their ages.

The court heard that on Aug 4 last year, the girl, who was 15 then, went for lunch with her boyfriend, then 17, at a coffee shop at Block 263 Compassvale Street.

At about 5pm, the couple met the girl's friends at a nearby void deck.

At about 6pm, they checked the boyfriend's phone and discovered several photos of another girl when she was sleeping in short pants. She was the girlfriend of one of the boys in the group.

They also found several photos of the accused taken when she was sleeping in her sports bra and underwear.

Enraged, she kicked him in the groin and slapped him four times.

The boyfriend of the other girl punched him in the stomach, arm, chest and face.

Another boy from the group also kicked him twice in the face, causing his nose to bleed.

The victim was lying on the ground at this point when the man from the group told them to stop. They left the boy alone and some went to have dinner nearby.

At about 7pm, the accused told the victim he must allow himself to be beaten up in order for the matter to be settled.

They all then went to a nearby multi-storey carpark.

One-on-one fights lasting a minute each between the boy and four youths from the group was arranged.

But as the third fight was concluding, the girl discovered WhatsApp messages on the victim's phone that suggested he was cheating on her.

The court was told that she was greatly upset from this, and all four girls attacked him together after the fourth fight. The girls slapped, punched and kicked him till he fell to the ground.

His girlfriend also stepped on his stomach and kicked him in the ribs.

When they were done beating him up, the victim could no longer stand nor see properly.

The couple are no longer in a relationship.

Deputy public prosecutor Jordon Li noted the accused was young, and her actions were done not out of malice, but of a "misguided sense to right a wrong".

Yesterday, the girl pleaded guilty to two charges of voluntarily causing hurt. Two other similar charges were taken into consideration.