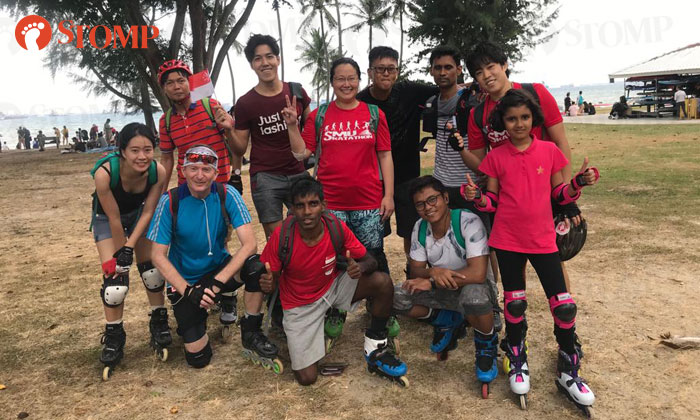 In honour of Singapore's 54th National Day (Aug 9), a group of skating enthusiasts decided to challenge themselves and skate 54km around the island.

Stomper Jeffrey shared group photos taken during the event and highlighted how proud he was of 10-year-old Avani for completing the route.

"The event was organised by this skating group called Freewheelers and I invited Avani and her dad Naveen to join too," he said.

"We started in Boon Keng and went up to East Coast Park, then Changi Village and Punggol Waterway before skating to Serangoon and back to Boon Keng."

The group started their route at 4.30pm and ended at 11.30pm, including breaks and pit-stops.

Jeffrey told Stomp he was "astounded" and proud of Avani for completing the daunting skate.

"I was so proud of her, everyone was.

"Everyone wanted to take a photo with her.

"We called her The Legend.

"It was the first time anyone had seen someone that young skate more than even 21km."

Related Stories
Watch this talented 3-year-old skater girl drop into a 1.8m half-pipe in S'pore
Prepare to be blown away by this 10-year-old pianist at ION Orchard
This woman singing at Tanjong Pagar Plaza deserves to be noticed
More About:
amazing
amazing people
skating
National Day