Geylang Bazaar stall owner accused of selling 'plastic' keropok: It's just $2 for 7, why would we put plastic in? 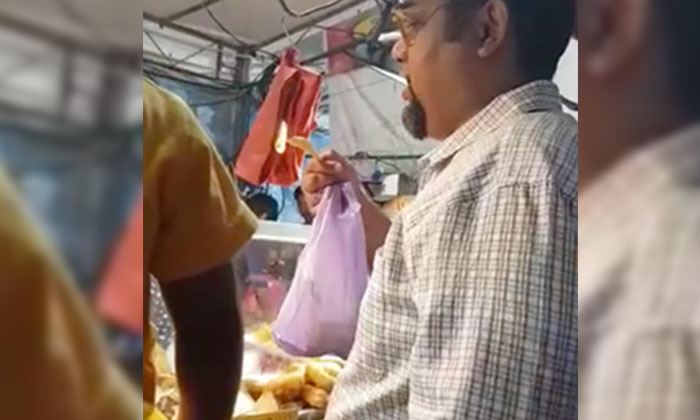 The owner of a stall at the Geylang Serai Bazaar has denied selling ‘plastic’ keropok, or 'keropok lekor’ in response to a Facebook video in which a man claimed the deep-fried snacks were made of plastic.

In the video posted by Facebook user Anissul Asaad, the man is seen confronting the stall owner along with a woman and a child.

He takes a piece of keropok and sets it on fire using a lighter, before somehow arriving at this conclusion: "Crackers are not supposed to burn like this. I can tell that they’re made from plastic just from the smell. Please do not sell this."

Netizens were quick to point out the man’s flawed logic, including Assad himself, who added that if the crackers were made of plastic, they would have melted.

Another Facebook user said: "Forgive him.. His brain is made of plastic... Synthetic brain …"

In response to a Stomp query about the now viral video, the Agri-Food and Veterinary Authority of Singapore (AVA) has issued an official statement refuting the claims made in the video.

The agency also urged the public to be vigilant and beware of such fake news.

Shin Min Daily News later visited the stall in the video and spoke to the owner regarding the incident.

The owner denied mixing plastic into the crackers.

He said: "Our ingredients were all sourced from Johor, and we made the crackers ourselves.

"We are not distributors, and this doesn't bring us a lot of profits."