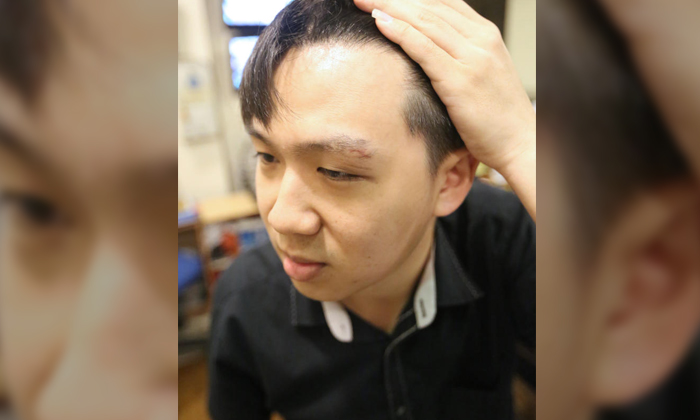 Worried about a seemingly drunk and unconscious woman, a hotel receptionist told the two men whom she was with that there were no more rooms available.

A dispute ensued, resulting in one of the men hitting the hotel staff member with a copper decorative object.

According to Shin Min Daily News, the incident took place in a hotel along Lorong 4 Geylang on Jan 26, at around 4.45am.

Hotel counter staff Liu Junbin, 26, said an uncle had entered the hotel with a man and a woman, and asked to check in for one night.

The uncle, though sober, had reeked of alcohol while the man was supporting the woman.

Mr Liu said: "I saw that the girl was drunk and unconscious, so I said there were no available rooms."

This angered the man, who picked up a copper lion from the counter and reportedly said: "Nobody raises their voice at me." 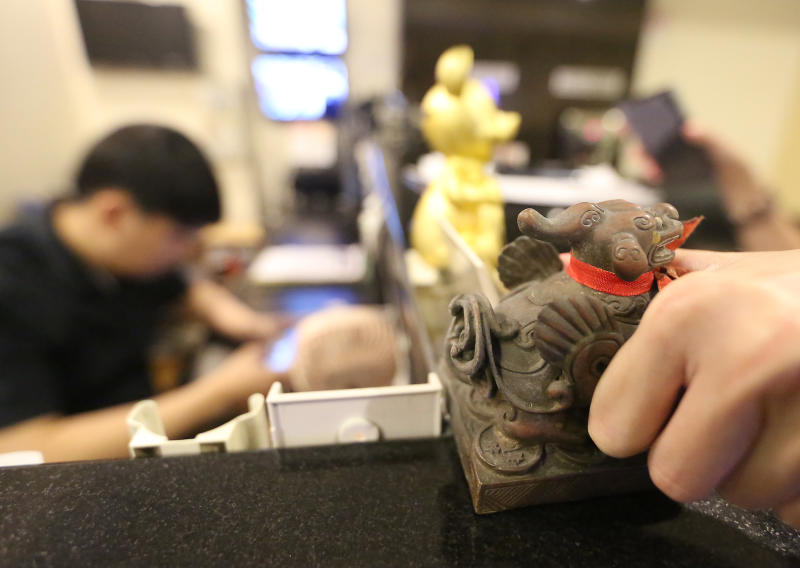 The uncle then used the copper lion to hit Mr Liu.

Mr Liu was injured in the head and bled profusely. His eye also started swelling.

"The copper lion was around 10cm. No other staff was around and other guests at the scene could not react in time," added Mr Liu.

"After the uncle left. I called my manager, who then arrived at the hotel and called the police."

Mr Liu said that the attack left him with a 2cm wound on his eyebrow.

The uncle, who was apparently a regular customer, returned to the hotel two days after the incident.

"He apologised and offered $500 as compensation. He wanted to settle the matter privately, but we decided to let the police handle it," said Mr Liu.

The uncle, 58, was subsequently arrested. He was charged in court on Jan 30 with voluntarily causing hurt by a dangerous weapon, reported Shin Min.