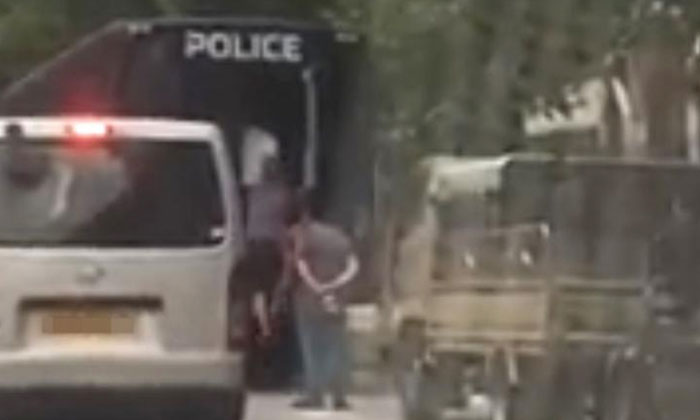 A resident of a condominium unit in Geylang called the police on his “noisy” neighbours, thinking that they were arguing, and unexpectedly uncovered an illegal gambling den instead, leading to the arrest of 32 suspects.

Lianhe Wanbao received information from a reader about the incident which happened on early Wednesday morning (July 11) at the Wing Fong Mansions, located at Lorong 14 Geylang.

The reader also saw police officers leading away a group of men and women.

“Other than apprehending the people, I saw police officers moving many mahjong tables out from the unit. I heard that the police busted an illegal gambling den.”

According to a video taken by the reader, officers are seen escorting the suspects up a police bus.

“On July 11, 2018, at 1.37am, the police received a call for assistance at Lorong 14 Geylang. Seventeen men and 15 women, aged between 37 and 78 were arrested for offences under the Common Gaming House Act.

According to Lianhe Wanbao, the incident had come to light after a resident from a nearby unit heard noises and called the police, thinking that there was a heated argument.

The police later dispatched officers to the unit to investigate and uncovered an illegal gambling den. After that, more officers were dispatched to arrest the men and women from the affected unit.

It is understood that mahjong tables and gambling equipment were seized from the unit during the operation.

Most of the suspects are Singaporeans, and a 60-year-old Singaporean man is believed to the one running the den.