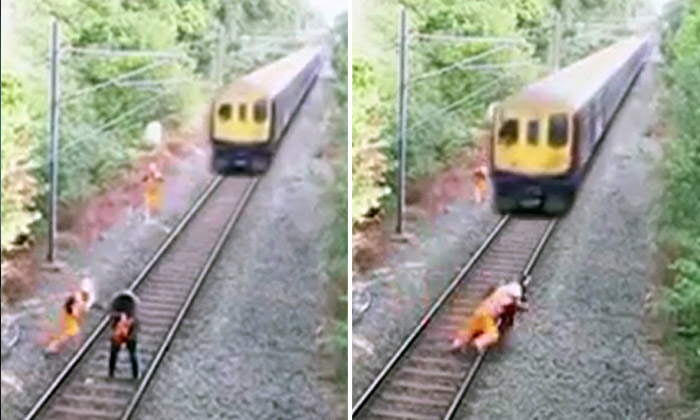 They say, sometimes angels appear in the unlikeliest of forms.

Take this man for example.

His guardian angel appeared in the form of a railway worker, as this video shared on Telediario shows.

The man was stumbling on the railway tracks with his bicycle, which he picked up and threw after some struggle.

However, the man was unable to react to a train that was bearing down on him.

A group of railway workers who were nearby spot this, and try to signal to the train driver to react to the man on the tracks.

One of them runs over and jumps across the tracks, pushing the man out of the way of the oncoming train.

The footage shows that the train misses them by mere inches.

The other workers sprint over to help their colleague who put his life at risk to save the man on the tracks.