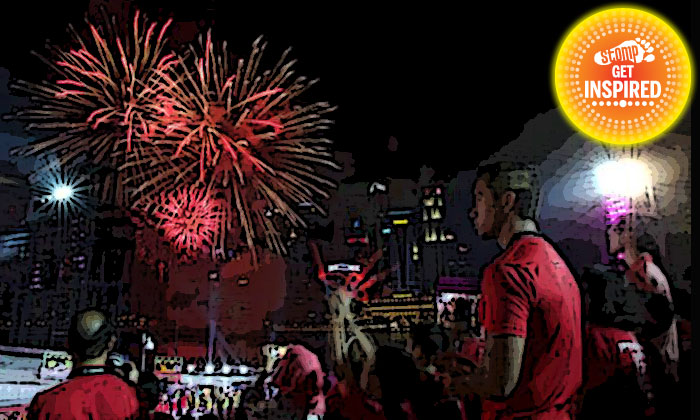 Stomper Angela, a National Day Parade (NDP) volunteer, had an ugly experience with a foul-mouthed spectator on July 23.

Angela was helping out with crowd control after the NDP Preview celebration had ended.

Her team was assigned duties with army personnel dressed in red t-shirts to direct people to Stadium MRT station after the show had ended at the Singapore Sports Hub.

She said, "We had a great time volunteering until an ugly incident took place outside Kallang Wave crowd control."

A man was unhappy that he was not allowed to take a shortcut to the MRT station, confronted the volunteers and asked, "What [are] you people doing?"

The Stomper tried to explain to him that they were following instructions but he insisted on letting him pass through.

Things escalated from there.

The man pushed an army personnel and the Stomper and used "four-lettered words" on her.

He then challenged the army guy who was standing firm.

Angela said she had great admiration for the personnel named Toh Wei Xian for remaining cool under pressure.

"He has done his platoon proud as we continued our duty."

She added that there were several inconsiderate people who tried to barge through but order was restored thanks to the army personnel.

Angela wanted to remind the public:

"We volunteers are helping to ensure smooth flow and crowd control for the safety of all.

"What is walking less than three minutes in a loop than cutting through a small opening which is unsafe?"

More About:
kudos
inspiring
get inspired