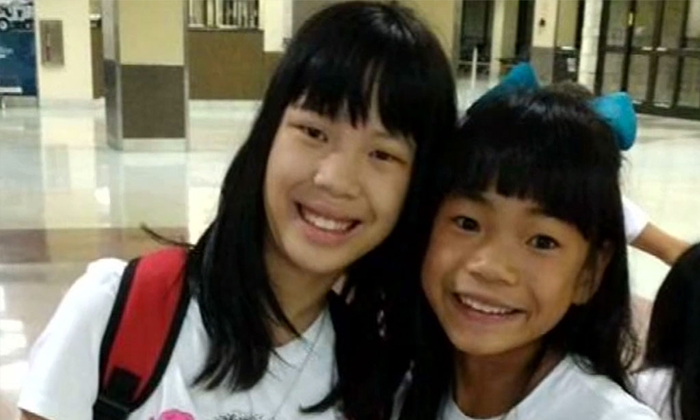 Long lost sisters Aubrey and Avery Lumpkins have finally found each other again after three years.

The siblings, both with cerebral palsy, had been living together in an orphanage in Shenzhen but did not know they were related.

In 2013, Lisa Lumpkins from Kentucky adopted Aubrey while Avery stayed behind. They were both nine then.

Earlier this year, Lisa was scrolling through Facebook when she spotted a photo of a girl who greatly resembled her adopted daughter.

The photo of Avery was part of a shoutout for older children in need of adoption.

According to online reports, Lisa then contacted the orphanage and had a DNA test done to confirm her suspicious that the two girls were sisters.

The 43-year-old then rushed to adopt Avery before she passed the legal age for cut-off from adoption in China.

Thankfully, she made it in time and the Lumpkins recently welcomed Avery into the family.

The happy family consists of Lisa and her husband, as well as five adopted and two biological children.

Related Stories
Maid recovers from rare illness and flies home -- thanks to employer and donations from public
More than 100 people offer to help couple who moved from lorry to rental flat
The sweetest thing happens after macho soldier sees kids selling homemade desserts in fastfood restaurant
More About:
touching
heartwarming