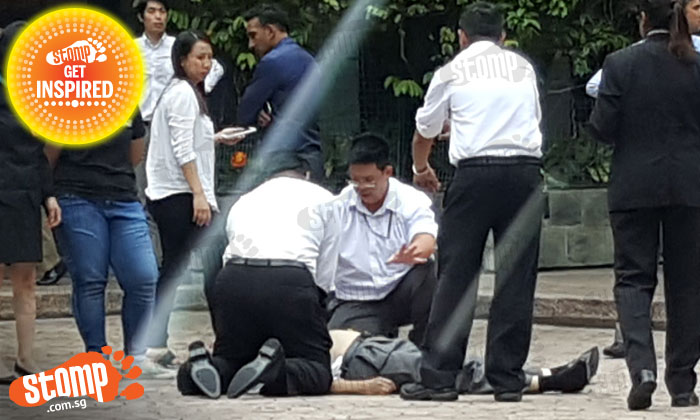 The Stomper was searching for a parking lot when she came across a commotion of several people gathered near the roundabout at around 2pm.

"It looked like a man in his 50s had collapsed at the carpark.

"Several people, I assume some of which were his colleagues, were gathered around him and looked helplessly on.

"The collapsed man's shirt was undone and the two men seemed to be very proficient in trying to revive him but there was no response."

According to T, the men continued to perform CPR until an SCDF ambulance arrived just five minutes later and conveyed the man to hospital.

T believes that the man might have had a heart attack as his face was grey and looked like it was lacking oxygen.

She added: "It makes me think that life is so short. One moment, you're out for lunch with your colleagues, and the next you're collapsed on the ground."

More About:
kudos
kind-hearted
get inspired