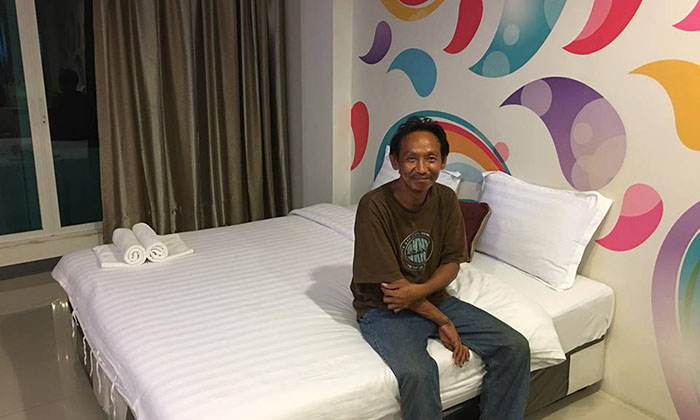 A Thai man was homeless and jobless -- but that all changed when he was rewarded for his good karma.

According to Coconuts Bangkok, Facebook user Tarika Patty said the unnamed homeless man had returned her boyfriend’s wallet on Monday although the man barely had money and had been living on the street for over a year.

Tarika's boyfriend had not even realised he dropped his wallet.

The homeless man took it to the police station, who helped track down the wallet's owner.

Tarika's boyfriend was immensely grateful, and when he learned that the guy had been out of work for a year and used Huay Kwang MRT station as a place to sleep, he knew the perfect way to reward him.

He gave him a job and a place to stay.

Honesty is really the best virtue.

Tarika wrote in an update:

"He is well and eating healthy. He was asking if this was all a dream. Haha. Doing good can certainly make one very happy in life.”

She posted pictures of herself taking him out shopping for clothes, as well as a picture of him in his new home, sitting on a bed and smiling at the camera.