Fishing enthusiasts donate over 103kg of their catch to charity 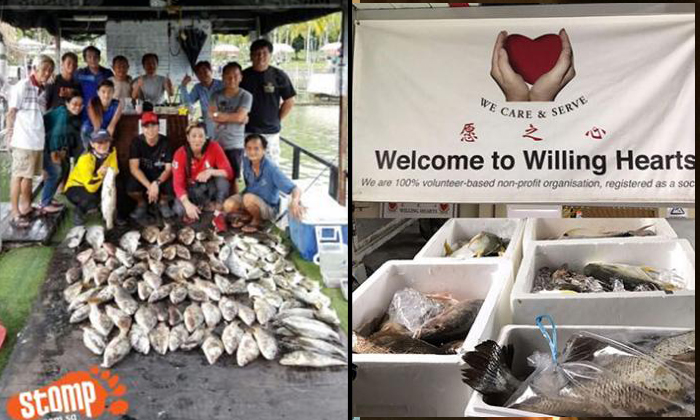 Stomper Lum was among one of the fishing enthusiasts who gathered yesterday (Dec 25) at D'Boat Premium Fishing, a fishing pond in Pasir Ris, for a charity fishing event from 12pm to about 3pm.

The event is understood to be organised by Albert Lim and founder of the 77th Street franchise, Elim Chew was also one of the attendees.

The fish were donated to Willing Hearts.

According to their website, Willing Hearts is a a secular, non-affiliated charity, that is wholly run by volunteers, apart from a handful of staff.

It operates a soup kitchen that prepares, cooks and distributes about 5,000 daily meals to over 40 locations island wide, 365 days a year.

Related Stories
We should all learn from this family at Jurong Point: 'Happiness can be really simple'
S'pore woman shares heartwarming friendship she and family forged with foreign workers in her neighbourhood
Teen dies after getting struck by samurai sword outside KL pub -- trying to protect friend