Generous employer throws maid a birthday party in bungalow, invites her friends too 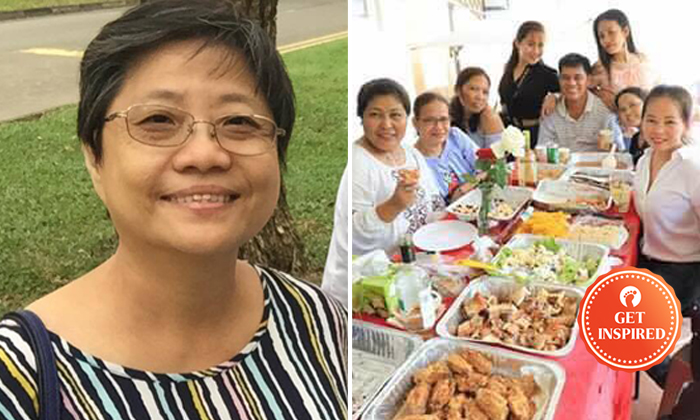 A kind woman not only threw a birthday party for her domestic helper, but even went the extra mile by inviting all her friends.

Stomper Lelit, a friend and neighbour of the birthday girl, was among those invited to the party last Sunday (Aug 20).

The party, which consisted of a big feast, was held at the employer Mrs Agnes Tan's terrace house in Upper Serangoon and attended by many of the maid's friends.

According to Lelit, her friend has been working for Mrs Tan for six to seven years.

"Allow me to share about this one-in-a-million employer in Singapore. She is rich but super kind and humble.

"Mrs Agnes Tan and her family live in a big bungalow that welcomes people from all walks of life. I live nearby and visit them often.

"We, the helpers, enjoyed the birthday party that we attended there.

"A big thank you and and may God continue to shower blessings on this family."