Gathering at Robertson Quay for "chatting and drinks": 7 fined, work passes for 6 revoked 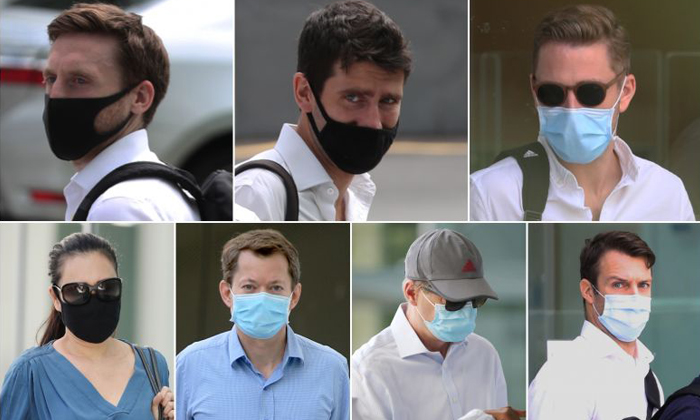 Seven people were fined on Thursday (June 25) over their involvement in an incident last month where groups of people were seen gathering at Robertson Quay.

They had each pleaded guilty to one count of breaching circuit breaker measures by meeting at least one person from a different household for "chatting and drinks" on May 16. 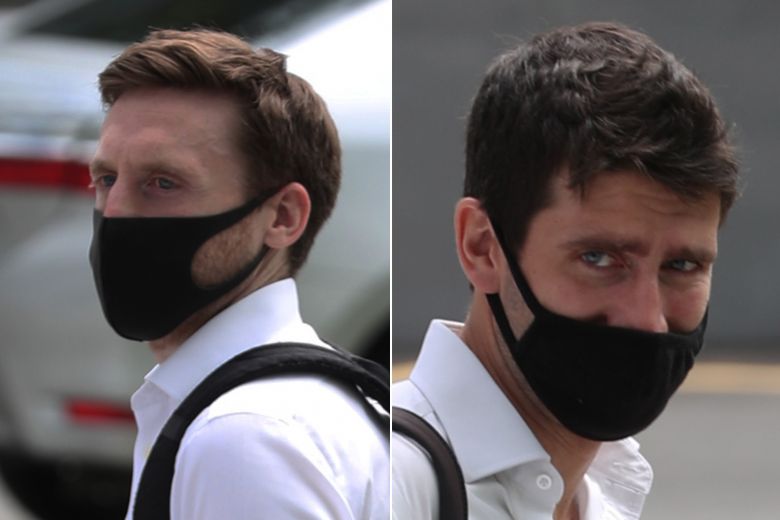 $9,000 FINE: Neil Gordon Buchan (left), James Titus Beatt (right), Joseph William Poynter and Perry Scott Blair ran into one another at Bar Bar Black Sheep, a bar in Robertson Quay, on May 16 at about 6pm. They bought drinks there and later at two other locations. At their last location, they chatted, drank and smoked for about 25 minutes before leaving. Photo: The Straits Times 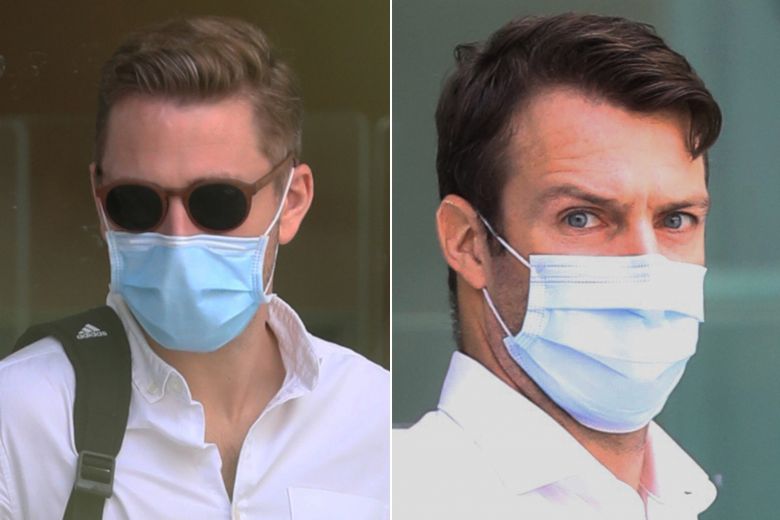 $9,000 FINE: Neil Gordon Buchan, James Titus Beatt, Joseph William Poynter (left) and Perry Scott Blair (right) ran into one another at Bar Bar Black Sheep, a bar in Robertson Quay, on May 16 at about 6pm. They bought drinks there and later at two other locations. At their last location, they chatted, drank and smoked for about 25 minutes before leaving. Photo: The Straits Times 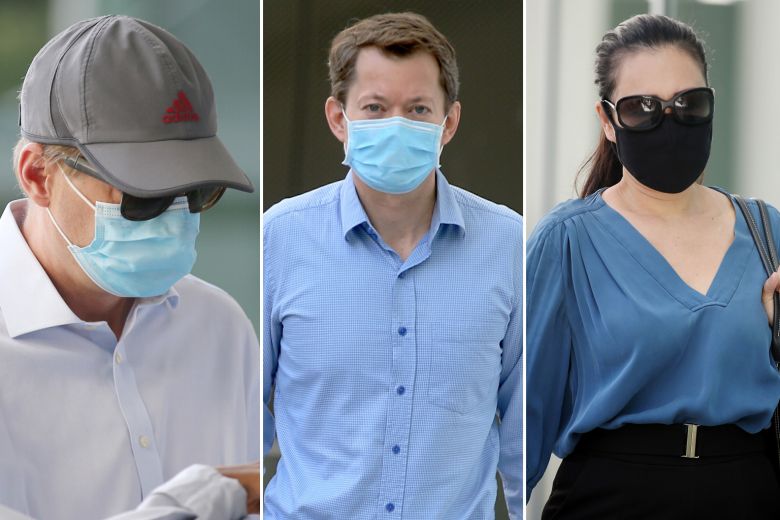 $8,000 FINE: From left: Michael Czerny, Jeffrey George Brown and Bao Nguyen Brown chatted and drank together for about 32 minutes before parting ways. Photo: The Straits Times

Czerny is Austrian, while Bao and Jeffrey Brown are Americans and married to each other. They were represented by Mr Mirza Namazie and Mr Tay Jing En.

On May 16, at about 6pm, Buchan, Beatt, Poynter and Blair ran into one another at Bar Bar Black Sheep, a bar at Robertson Quay.

They bought alcoholic drinks there before walking along the pathway running parallel to the Singapore River in the direction of Clarke Quay.

The group then bought more drinks at two other locations - Boomarang, another bar, and Italian restaurant Rosso Vino in Merbau Road.

They later stood next to the main pathway near Rosso Vino, where they chatted, drank and smoked for about 25 minutes before leaving.

The court heard that Bao and Jeffrey Brown went to Robertson Quay after exercising together, also at about 6pm the same day.

They bought alcoholic drinks from TAP @ Robertson Quay, a bar, and went to a table nearby to drink.

The couple later bumped into Czerny, who was walking his dog in the area, and offered him a pint of beer.

The three chatted and drank for about 32 minutes, before the couple and Czerny parted ways.

Photographs of crowds along Robertson Quay, which showed people failing to keep a distance of 1m from one another, went viral on social media last month.

Most of the people in the photographs were not wearing masks, while some had their masks lowered as they spoke to one another.

On May 17, the Urban Redevelopment Authority subsequently issued a directive to some restaurants at Robertson Quay, barring them from selling alcohol for takeaway, as such sales contributed to more people gathering in the area.

On Thursday, Deputy Public Prosecutor Timotheus Koh urged the court to impose a jail term of at least one week for Buchan, Beatt, Poynter and Blair.

"The nature of the meeting was essentially a 'pub crawl'," he said.

The DPP submitted that the other three should be fined $9,000 instead as they stayed at a single location, unlike the first group.

In mitigation, defence lawyers for the seven accused said that the respective gatherings by their clients were chance meetings and therefore unplanned.

In sentencing the individuals, Senior District Judge Bala Reddy noted that while their conduct was "deplorable", both gatherings did not last for more than an hour and were confined to the Robertson Quay area.

For flouting circuit breaker measures, first-time offenders can be jailed for up to six months and fined up to $10,000.

Two other men were charged in a related incident at the same area - Alfred Jon Veloso Waring, 34, and Olagunju Daniel Olalekan Olasunkanmi, 30.

They are expected to be back in court on July 7.