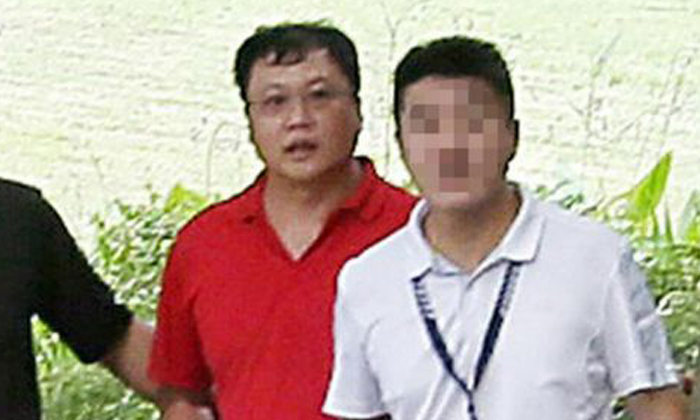 Less than a year before he strangled a 31-year-old woman, laundry shop manager Leslie Khoo Kwee Hock was so angry with his workers on one occasion that he flung a pen against a wall, causing it to break.

The pen-throwing incident was among the outbursts cited by defence psychiatrist Ken Ung in diagnosing Khoo with intermittent explosive disorder (IED), which reduces a person's ability to control aggressive impulses.

Debate over whether Khoo, 50, qualifies to be diagnosed with the mental illness dominated the ninth day of his murder trial on Tuesday (March 26) as prosecutors attacked Dr Ung's conclusion.

Khoo is facing a possible death sentence for murdering engineer Cui Yajie in his car along a quiet road near Gardens by the Bay on July 12, 2016. He later burned her body at Lim Chu Kang Lane 8.

The prosecution's case is that Khoo wanted to silence the Chinese national when she threatened to expose his various lies.

The defence argues that Khoo should be found guilty of culpable homicide, because he had been provoked by her verbal taunts and was suffering from IED at the time.

There were three outbursts involving injury or damage to property within a year-long period - the throwing of the pen, an incident where his kick caused damage to a partition wall at a laundry outlet, and the killing of Ms Cui.

Dr Ung also found that Khoo fitted the diagnosis as his outbursts were "grossly disproportionate" to the magnitude of the provocation.

The psychiatrist also opined that Khoo's outbursts were not premeditated and were not committed to achieve a tangible objective, such as gaining money, power or intimidation.

On Tuesday, Deputy Public Prosecutor Tan Wen Hsien contended that the damage to the pen and wall were merely incidental to Khoo's outbursts.

She also took issue with Dr Ung for not finding out more about the circumstances behind the outbursts before concluding that Khoo's response was out of proportion.

Dr Ung replied that the pen and wall incident took place in the work context.

The DPP also put it to Dr Ung that Khoo threw tempers to achieve certain goals and that he was able to stop once he got his way.

The psychiatrist replied that control can be learnt.

Judicial Commissioner Audrey Lim had this question: If someone acted aggressively to prevent another person from "spilling the beans" and ruining his reputation, would this be considered an act to achieve a tangible objective?