Gardens by the Bay murder trial: Accused tells court why he decided to burn victim's body 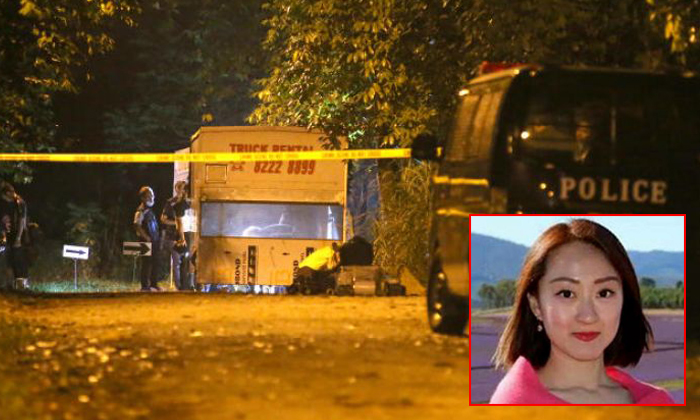 For hours after she was killed on July 12, 2016, the body of a 31-year-old woman remained in the front passenger seat of a car as it was driven around Singapore by a man now accused of murdering her.

Later that night, the man left the woman's body in the passenger seat till the next morning while the car was parked somewhere in a Yishun condominium.

The next day, the man continued driving around aimlessly - with the body next to him - until he decided to burn the body in the afternoon

Leslie Khoo Kwee Hock, 50, who is accused of murdering Chinese national Cui Yajie, told the High Court on Tuesday (March 19) - the fifth day of his murder trial - of what he did after he strangled her in the front passenger seat of his car.

He said he had also left his car in a different spot from his usual parking space in Orchid Park condominium - with the front passenger seat lowered.

It also emerged in court that Khoo had no driving licence, even though he drove a black BMW that was registered in his wife's name.

Khoo was taking the stand for the first time to give his account of the events.

At one point, Khoo, a manager in a laundry company, broke down in tears as he described how the couple shouted and struggled in his car.

"I accidentally done (sic) something wrong. I do not have intention (sic), Your Honour," he told the court.

Switching between testifying in English and through a Mandarin interpreter, Khoo was inaudible at times and had to be reminded several times by Judicial Commissioner Audrey Lim to speak into the microphone.

It is not disputed that Khoo spoke to Ms Cui on the phone on the morning of July 12, then started a conference call with his supervisor, and assured Ms Cui that he would take her to meet his boss, which he never did.

The prosecution's case is that Khoo, who has a criminal record for cheating, intercepted Ms Cui and then silenced her to stop her from exposing him for cheating her.

But Khoo said Ms Cui was angry with him for spending too much time at work, and she wanted to verify with his bosses if he was really so busy.

Khoo said that when Ms Cui got into his car at Joo Koon MRT station, she began scolding him and telling him to "die" while he kept quiet.

He said Ms Cui then changed her mind about meeting his supervisor, so he turned out from the East Coast Parkway (ECP) and turned into Gardens by the Bay, following the road until coming to a stop near a roundabout.

He said he tried to calm her down, but Ms Cui continued to curse him for working "from Sunday to Monday and from Monday to Sunday".

He said he apologised to her, but she used something to hit him on his arm.

Khoo said he pushed her away, but she continued to attack him.

"We started to struggle," he said, as he began sobbing. "She shout, I shout, we struggle."

"I also don't know what happened; after a while, she don't (sic) move any more," he said, as his voice cracked.

He said he then realised that his hand was on her neck. He tried to shake her and thumped her chest but she did not move. He held his fingers in front of his nose to show he checked to see if she was breathing.

"I was so scared, I never did something like this in my life," he said, adding that he sat there for some time thinking what to do next.

He decided to dispose of the body the following day.

"I can't leave the body in the car for so long, the body needs to rest in peace," he said, adding that the two options were burial or cremation.

"I can't bury, I got no strength, so I decide to burn," he said. He then "sent" her ashes into the sea a few days later, he said.

"I just want her to rest in peace. I prayed for her."

Related Stories
Gardens by the Bay murder trial: Hair, burnt fabric and bra hook recovered from Sungei Buloh reservoir
Gardens by the Bay murder trial: Accused denies affair with victim and says she's not his type
Married and bankrupt swindler strangled lover in Gardens by the Bay, burned her body over 3 days
Woman found dead in Lim Chu Kang: Victim wanted to marry 48-year-old murder suspect
Parents of Lim Chu Kang murder victim: She was filial and visited us every year with gifts
Engineer's remains found in Lim Chu Kang: She was hardworking and kept her long work hours a secret
More About:
court
couple
murder