Gardens by the Bay murder trial: Accused says he'd have a 'better plan' if he intended to kill lover 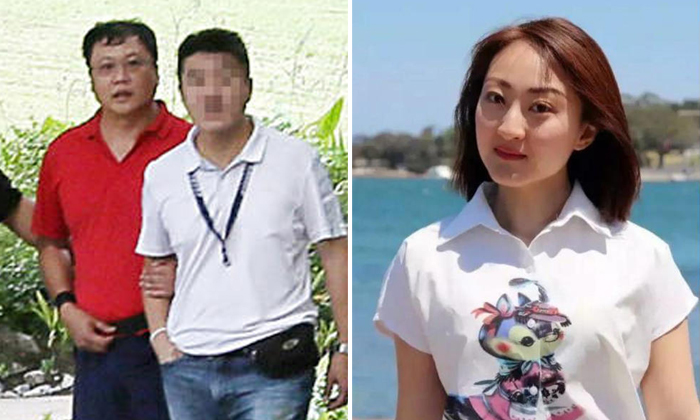 If he had intended to commit murder, he would not have got caught, as he would have had a proper plan.

Accused murderer Leslie Khoo Kwee Hock said this in a statement a day after his arrest, when he was told by the police that he was being charged with the murder of 31-year-old engineer Cui Yajie.

The statement was read out in court on Thursday (March 21), as the prosecution wrapped up its three-day cross-examination of Khoo in his ongoing murder trial.

Khoo had allegedly strangled Ms Cui, a Chinese national, inside his car along a road near Gardens by the Bay on July 12, 2016. He later burned her body at Lim Chu Kang Lane 8.

Faced with a murder charge on July 21, Khoo denied he had any intention to kill her. "If I had the intention, I would have had a better plan," he said in the handwritten statement.

Khoo, who went to jail in 2010 for cheating, said in the statement that he got caught in the past because he did not plan properly.

He concluded in the statement: "I am good in my work. If I plan carefully, I would not make mistakes."

On Thursday, Deputy Attorney-General Hri Kumar Nair said of the statement: "This was the arrogance of a conman."

The senior counsel contended that despite holding himself out as a reformed and religious person after his release from prison in 2012, Khoo continued his cheating activities and his extramarital affairs.

Khoo replied: "I've already tried my best but it's inevitable. I don't have the intention. Please don't malign me."

Mr Nair said: "You finally met a woman who did not simply accept your lies. Unlike the other women, she was asking for her money back and would not take no for an answer."

When Khoo insisted that "everyone made profits", Mr Nair remarked: "Your capacity to lie amazes me." He pointed out that witnesses had testified that they had not got their money back.

Putting the prosecution's case to Khoo, Mr Nair said that when Ms Cui told him over the phone in the early hours of July 12 that she was going to his company, he tried to talk her out of it but failed.

Khoo then tried a different strategy, starting a three-way call with his supervisor in the hope of stopping Ms Cui. This plan failed when the victim said it was inconvenient to talk, as she was on the MRT.

"You had no time to plan. You had to think on your feet, what to do next," said Mr Nair.

Khoo's next strategy was telling Ms Cui that he would pick her up and take her to his supervisor, said Mr Nair.

Instead of doing so, Khoo drove to a secluded road and tried begging her again not to expose him. This too, failed.

Faced with the prospect of losing his job, his family and going back to jail, Khoo strangled the victim, said Mr Nair. "You knew exactly what you were doing."

After killing her, Khoo decided on the very same day that he was going to burn the body, said Mr Nair.

Khoo initially told police that he bought charcoal from a minimart in Sembawang on the night of the killing. He later said he could not remember which day he went. Surveillance footage showed a man carrying bags to a black BMW but no positive identification could be made.

Mr Nair said Khoo then took care to throw away Ms Cui's belongings and some of his own items into different rubbish bins.

"You were being methodical, cool and cold-blooded," said Mr Nair, while Khoo insisted that he was confused and merely adapting to the circumstances.

Khoo will continue on the stand on Friday to be questioned by his own lawyer.

The defence confirmed that he will not be calling his wife to testify.