Gardens by the Bay murder: Man sentenced to life imprisonment for killing lover, burning her body 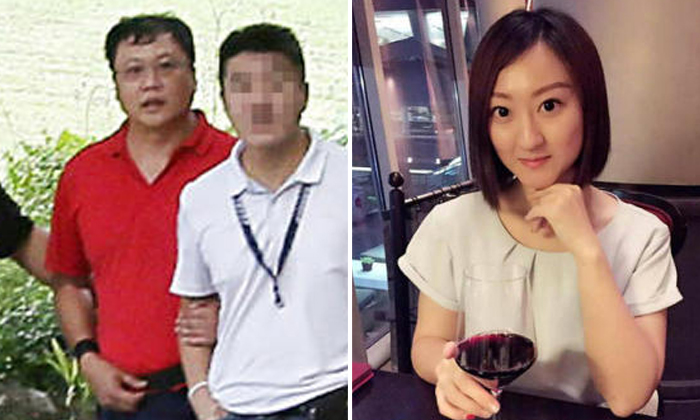 Laundry shop manager Leslie Khoo Kwee Hock - who strangled his lover in his car on a quiet road near Gardens by the Bay, and then burned her body - was sentenced to life imprisonment on Monday (Aug 19).

Prosecutors had sought the life sentence for 51-year-old Khoo, who was convicted last month of murdering engineer Cui Yajie, 31, on July 12, 2016.

Justice Audrey Lim said the case did not warrant the death penalty, which is imposed in cases where the offender exhibits viciousness or blatant disregard for human life.

Khoo admitted he had strangled Ms Cui in his BMW and later burned her body at Lim Chu Kang Lane 8 over several days, until nothing was left except clumps of hair, pieces of partly burnt fabric and a bra hook.

Justice Lim said Khoo , who was being pressed by Ms Cui to repay a $20,000 debt, wanted to silence her to get rid of the financial pressure and threat of ruin that she posed.

But the judge said the evidence did not show that Khoo had planned to kill Ms Cui.

He was unaware that Ms Cui had suddenly intended to go to his office to confront his bosses that day, and his initial plan was to dissuade her from doing so, said the judge.

Khoo had set up a conference call with his supervisor, intercepted Ms Cui at Joo Koon MRT station, and took her to a secluded place to calm her down, said the judge.

Even though Khoo did not call for help after she became motionless and went to great lengths to dispose of her body, this was not relevant for sentencing.

Khoo, who is married with a son, was a retail outlet manager for a laundry firm, while Ms Cui, a Chinese national, was a senior engineer at a semiconductor company.

They began a relationship in 2015 but Khoo lied to her, saying that the laundry company belonged to his family and that he was single. When she later became suspicious, he told her he was divorced.

He also persuaded her to invest $20,000 in gold, which she borrowed from her parents to give him.

When she chased him for the money, Khoo asked a former lover to remit $10,000 to Ms Cui's father .

Meanwhile, Khoo's wife confronted him for cheating on her, after Ms Cui sent her a Facebook message to stay away from him.

In the early hours of July 12, 2016, he picked Ms Cui up from Joo Koon MRT station in his car, purportedly to meet his supervisor.

Instead, he drove her to a secluded location near Gardens by the Bay, and strangled her.

According to Khoo, after she stopped moving, he covered her body with laundry bags and parked the car overnight at his condominium.

Khoo denied he was in a romantic relationship with Ms Cui, although he admitted he had affairs with other women.