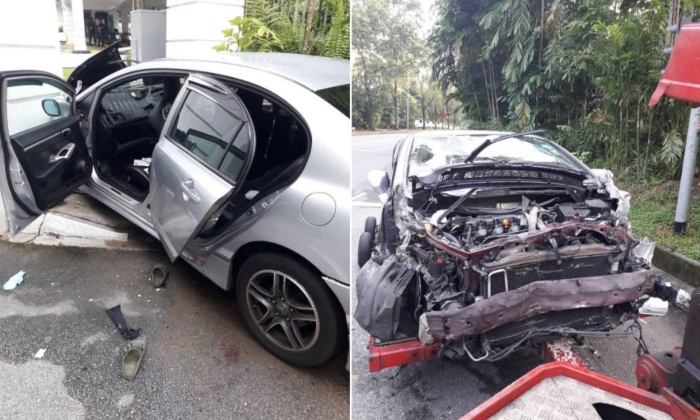 A man admitted in a district court on Tuesday (Dec 29) that he was one of the drivers involved in a car chase which ended in a fatal crash outside the Istana on Dec 16, 2017.

Secret society member Irsyad Sameer Abdul Rahim and his gang members had given chase to a person they were unhappy with, eventually leading to the car they were pursuing ploughing into the Istana's rear gate in Cavenagh Road at around 6am that day.

Instead, he slashed two men with a parang on March 31, 2018, before causing hurt to a policeman a week later on April 7 to evade arrest. Irsyad was finally caught later that day and charged in court.

The 29-year-old Singaporean, who appeared in court via video-link on Tuesday, pleaded guilty to 20 charges for offences including assault, voluntarily causing hurt to a public servant, drug consumption and rioting.

Twenty-four other charges including multiple drug-related ones will be considered during sentencing.

The court heard that Irsyad and his fellow gang members were at Club Baliza at Marina Square on Dec 16, 2017, when one of them punched a man identified as Mr Johari Sharif.

The club's security staff then told Irsyad and his gang to leave the premises. Still unhappy, the group waited outside for Mr Johari.

Irsyad and his gang members got into their vehicles and chased after it. Mr Khairulanwar's car later crashed outside the Istana. Mr Johari, who suffered multiple fractures, survived the accident. 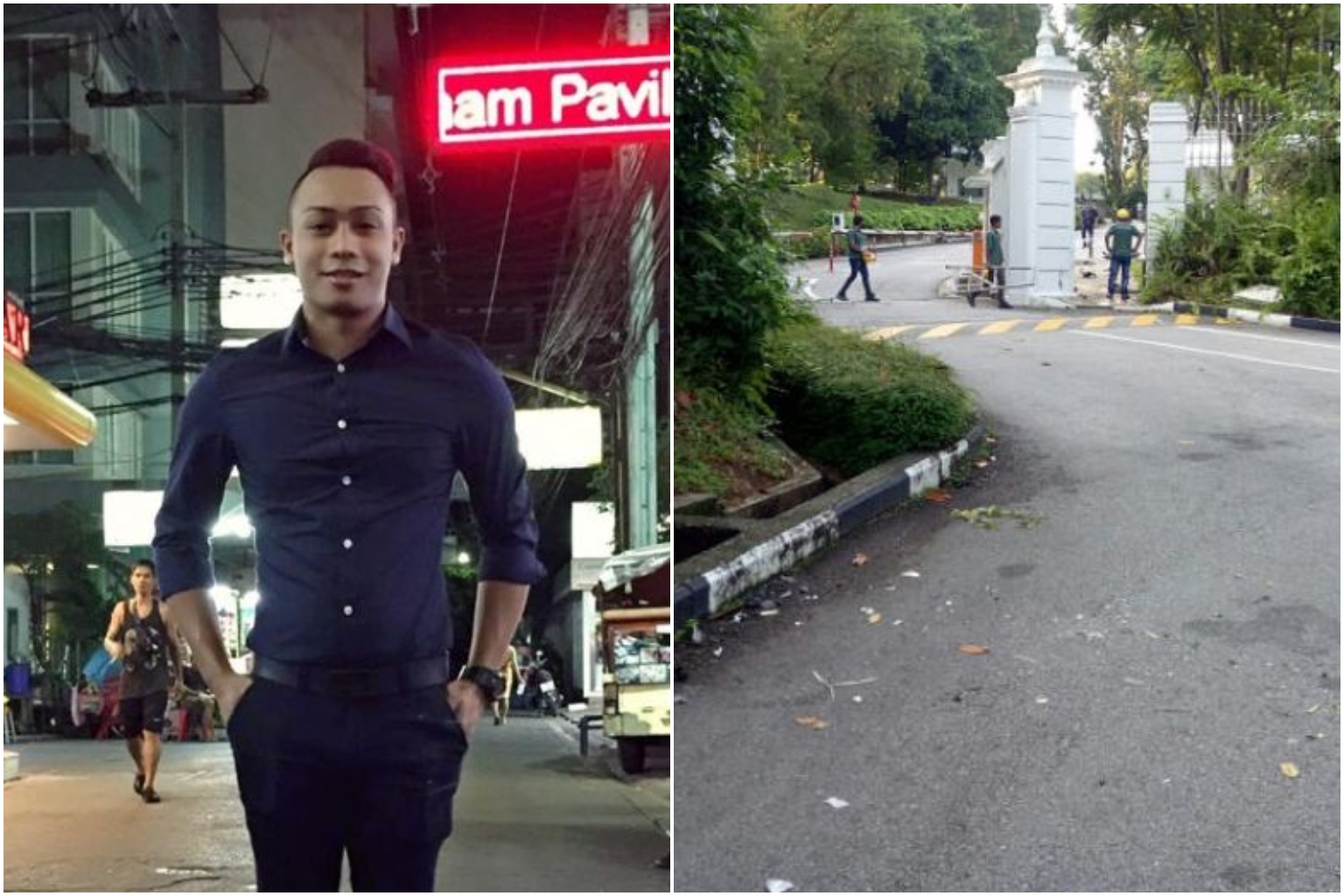 (Mr Muhammad Khairulanwar Mohamed Sani was one of the two who died in the car crash at the Istana. Photos: Facebook, Shin Min Daily News)

Separately, Irsyad and three of his gang members launched a "revenge attack" against a man from a rival group on March 31, 2018.

Armed with parangs, the men went to KTV Club Destino in Jalan Besar, the workplace of Mr Hermanto Abdul Talib, 41, and attacked him.

Deputy Public Prosecutor Daphne Lim said that some of the attackers then decided to "thrash" the KTV rooms and Irsyad even slashed a customer's head with his parang. Irsyad and his group then fled the scene.

The DPP said that the two victims were unwilling to go to a hospital in Singapore to treat their injuries "for fear of reprisal from the accused persons and for personal reasons".

In an earlier statement, police said that officers from the Central Police Division and the Criminal Investigation Department (CID) later managed to identify Irsyad.

The CID then carried out an operation in Tampines to nab him in the wee hours of April 7 that year. Officers sprang into action when they spotted him walking towards a car.

But when Irsyad spotted them, he entered his vehicle, locked the door and sped off.

The vehicle struck a policeman who was later taken to hospital and was treated for injuries including multiple abrasions. Police arrested Irsyad later that day. He is expected to be sentenced on Jan 19 next year.