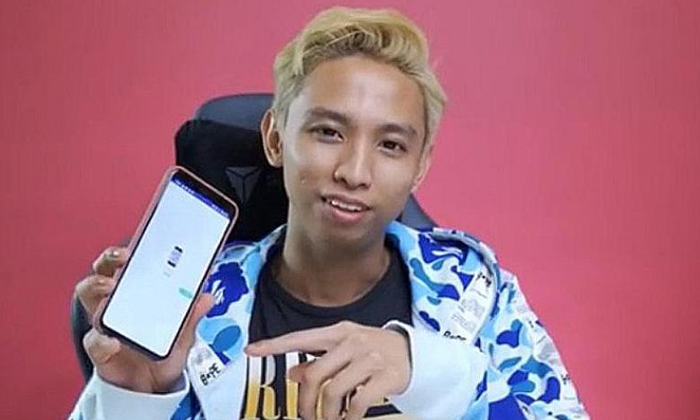 A mystery box website offering electronic gadgets, fashion wear and beauty products as prizes has been blocked here after a Singaporean actor promoted it on YouTube.

The site, which touts itself as a "mystery box marketplace", promises users the chance to win gadgets by opening virtual boxes that they can buy at prices ranging from less than US$1 (S$1.35) to about US$140 (S$188).

Responding to queries from The New Paper, a police spokesman said the authorities had assessed Drakemall to be a remote gambling service.

The site was blocked sometime last week following a directive by the Ministry of Home Affairs (MHA).

In the 13-minute video by Ridhwan, who goes by the username Ridhwannabe, he claimed to have won an iPhone 11 by opening a box for $6.50.

He also takes users through the sign-up process, encouraging them to use the referral code with his name for extra perks.

The 26-year-old actor's main claim to fame was playing Recruit Ismail in Jack Neo's Ah Boys to Men series from 2012.

It appears Drakemall was using him to try to attract young gamblers as his 500,000-plus YouTube subscriber base is largely aged 12 to 18.

The video received close to 70,000 views as of last Friday but has since been taken down.

Speaking to TNP, Ridhwan said he was not aware that Drakemall was an online gambling site. He also claimed that many other YouTubers around the world were promoting it.

"When I was approached by the client, he mentioned that it's a mystery box game and that was also what it seemed like to me," he said.

"I would like to reiterate that I had no idea that it's an online gambling site. My career is very important to me and I will not do anything to risk it."

The police spokesman clarified that remote gambling, which includes the sale of mystery boxes online, is prohibited unless granted an exemption by the MHA.

"Online lotteries and sale of 'mystery boxes' online - being games of chance that involve money or items that have monetary value, and are conducted through remote communications - fall within the definition of remote gambling," he said.

The spokesman added that those who provide such a service can be jailed for up to seven years, or fined up to $500,000, or both.

Mystery prize machines were banned here in 2018, after the police warned that operators were flouting the law by holding what is considered to be a form of public lottery.

A month later, TNP reported that "game shows" with a similar concept were thriving online despite also flouting the law as they were essentially remote gambling services.

Clinical psychologist Carol Balhetchet said it was irresponsible to expose teenagers to sites like Drakemall.

"It's still gambling no matter how you beautify it, and is a negative way to promote to the young the idea of getting what you want even if you don't have much money," she said.

She said some of these teenagers may have just a few dollars a day for food, but they might risk that money on the promise that they could win something valuable.

Dr Balhetchet added that the young are more prone to addiction and run the risk of being hooked on gambling as they try to recoup their losses.

"The young are impressionable, and YouTube and the online world is a big thing for them, so they will follow what these influencers tell them," she said.

"These online personalities have a lot of influence on the young and need to have some form of responsibility, but clearly they don't."

Related Stories
Xiaxue gets threats and verbal abuse after posting video of her Rosmah Halloween look
Influencer platform SgInstaBabes asks users to pay for subscriptions to enjoy 'perks' with girls
Sikh community shows kindness by reaching out to influencer who made insensitive Instagram post
More About:
gambling
influencer