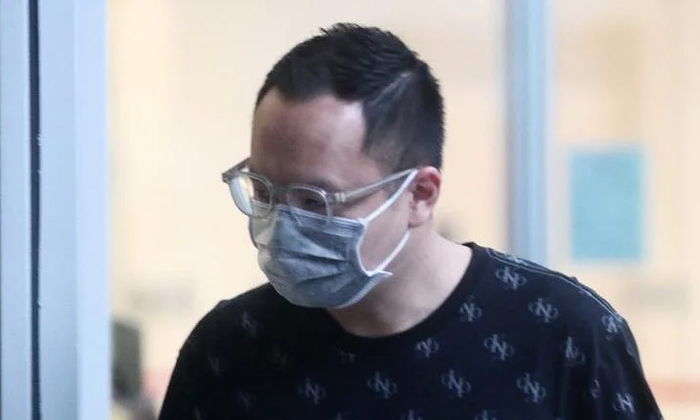 While being interviewed by an investigating officer over the suspected misuse of a payment terminal, a funeral service operator claimed to have an accomplice named Boon Hien.

But Casper Ang was lying, as he had previously assisted only in the funeral of a Mr Lee Boon Hien, who he did not know before his death.

Ang was sentenced to 51 month's jail on Monday (Aug 8) after pleading guilty to a total of 11 charges for various offences, including one for attempting to obstruct the course of justice.

The 34-year-old Singaporean was given four months' jail for that offence, with most of his remaining sentence for the misuse of the payment terminal.

Deputy Public Prosecutor Ryan Lim told the court that Ang had lied to the investigating officer during his remand at the Police Cantonment Complex from April 8 to April 24 in 2019.

"The accused did so intending to frustrate the investigations against him, and to shift blame away from himself," added DPP Lim.

On or about April 23, 2019, Ang asked Quak Tiong Beng, a police officer he had met previously, to help him tell his friend that if an investigating officer showed him the photograph of a man, he was to say he had seen the man before but could not confirm his identity.

When Quak made the call that day, Ang's friend was being interviewed by the officer and had earlier told him he did not know the man in the photograph.

His phone was on speaker mode in the officer's presence when Quak conveyed Ang's instructions.

Quak was subsequently investigated and jailed for five months in June last year for aiding Ang to intentionally pervert the course of justice.

Earlier, Ang's firm, Singapore Funeral Supplies, was issued a payment terminal by First Data Merchant Solutions. The terminal allows a merchant to process transactions using only the card number and its expiry date without the need for a physical card.

Between August and December 2018, Ang used the terminal to process transactions using card details provided by four people, including three who were online and not known to him, but he believed they were Russians.

He knew it was likely the card details had been obtained illegally and the transactions had not been authorised by the card holders.

Out of 452 attempted transactions, 114 were approved, with 97 of them later disputed.

On Dec 27, 2018, a sales manager at First Data Merchant Solutions made a police report about the firm receiving many complaints from card users over transactions linked to Singapore Funeral Supplies

As a result of the scheme, First Data Merchant Solutions lost $275,903. Ang earned at least $100,000 from his crime and has not made any restitution.

Related Stories
MBS restaurant worker fraudulently collected $10,000 in rewards to spend on food
Woman illegally withdrew over $18,000 from senior citizen's account while working as befriender
Jail for woman who took orders from scammer and posed as cop to cheat retiree
More About:
scam
money
funeral
court