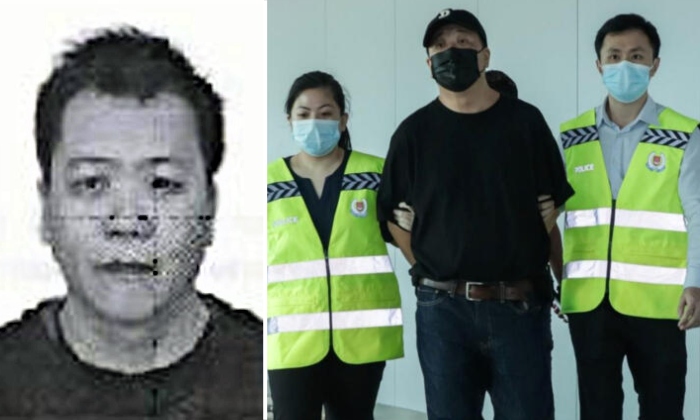 A former lawyer who was on the run for 15 years has been arrested and charged with one count of criminal breach of trust.

With assistance from China's Ministry of Public Security, David Khong Siak Meng returned to Singapore on Friday and was arrested by officers from the Commercial Affairs Department (CAD).

The 55-year-old Singaporean was a practising lawyer and sole proprietor of the firm David Khong & Associates.

Police said in a statement on Saturday that shortly after Khong left Singapore in August 2007, allegations emerged that he had misappropriated $88,000 belonging to his client.

A warrant of arrest and an Interpol Red Notice were subsequently issued against him in connection with the investigations.

When the lawyer received the cheque in June 2007, he placed it in the office account of David Khong & Associates.

The following month, Khong wound up his firm and joined law firm Sim & Wong as a director. But he did not transfer the $88,000 into either the client’s account or Sim & Wong’s office account.

The shortfall came to light in August 2007 when the client, senior financial markets executive Brian Loo, complained to the firm about the missing funds when the property sale was completed.

It was found that Khong was riddled with debt amounting to more than $200,000, involving credit card debt, bank overdrafts and loans from friends. His financial difficulties arose from gambling and excessive spending.

He met Mr Loo to confess that he had taken the latter’s $88,000 deposit and even gave Mr Loo a note acknowledging that he had committed a crime. But a day after the meeting, Khong disappeared.

CAD director David Chew said the police will do whatever is necessary and permissible under Singapore law to bring justice to those who commit crimes here, regardless of when the crime was committed or where offenders might have fled to.

“We will continue to collaborate closely with law enforcement partners overseas to bring criminals to justice. We would like to express our appreciation for the assistance rendered by the China Ministry of Public Security in this matter,” he said.

If convicted, Khong faces life in prison, or imprisonment of up to 10 years, and a fine.