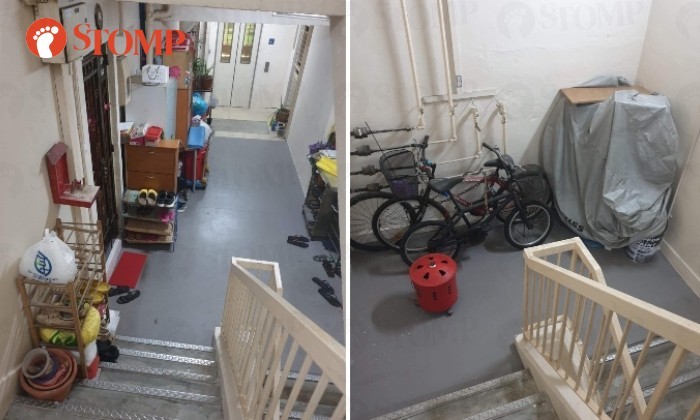 When a resident first noticed items cluttering the stairway at Block 450 Jurong West Street 42 a few years ago, he tried to bear with it.

However, his patience started wearing thin when he that noticed more items, such as bicycles and plastic bags, were added to the clutter.

Stomper Lim shared his concerns that these items could become a potential fire hazard. 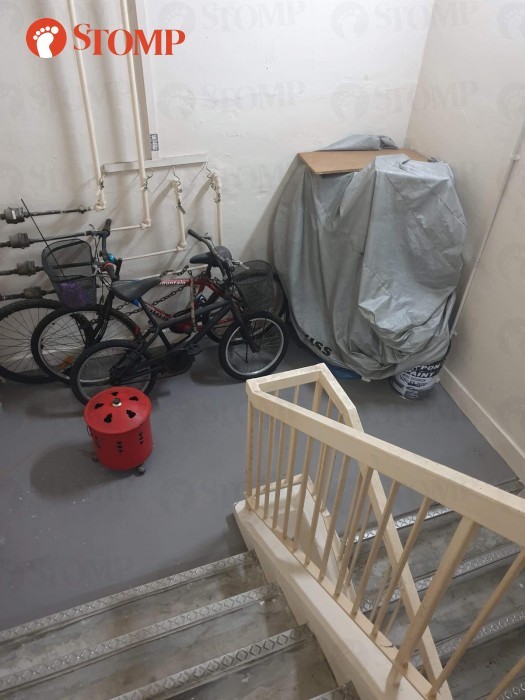 In the photos taken by Lim on Nov 13, three bicycles, a can of paint and a shoe rack can be seen cluttering the stairway.

"This has been going on for years. At first it was just a few things, but over the years, the clutter just continued growing," Lim said.

"I'm very uncomfortable with this sight. Sometimes, they even hang clothes there which completely blocks off the stairway.

"I even saw them doing a mini barbeque in the area before. How can people walk like that?

"I don't use the stairs because we have lifts but I don't think the area should be blocked in the case of an emergency. So, I informed Jurong-Clementi Town Council in hopes that the clutter will be removed."