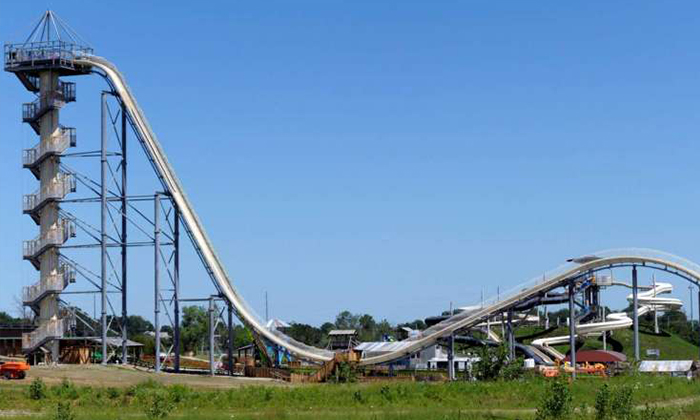 The tallest water-slide located in a water park in Kansas City, America, will be torn down after a young boy was "decapitated" and killed.

Caleb Thomas Schwab, 10, was the son of a Kansas state legislator and broke his neck while on the 17-storey slide in the Schillterbahn water park. The specific details of the accident have not been released

According to The Straits Times, officials announced that the "Verruckt waterslide" would be removed after the investigation into the boy's death is complete.

Officials said: "In our opinion, it is the only proper course of action following this tragedy."

The two women who were riding on the raft with Schwab also suffered minor injuries when the incident occurred.