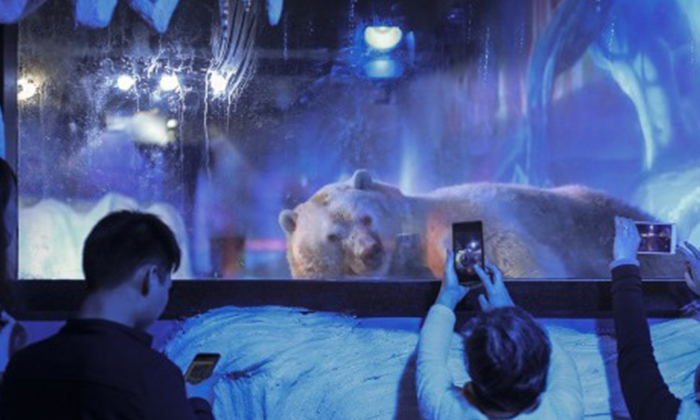 Pizza, a polar bear kept in a shopping mall aquarium in Guangzhou, China has finally been given some respite from the terrible treatment --- due to the mall undergoing renovations.

During the renovation, Pizza will be transferred to another ocean park in northern China, where Pizza’s parents currently reside, according to Shanghaiist.

Despite the developments, the mall maintains that the move is only temporary, and that Pizza will be returned to the mall when it reopens.

The miserable plight of the animals in the aquarium quickly came under the scrutiny of netizens; conditions that include  cramped enclosures, low sanitation standards and constant unwanted attention from visitors.

This was swiftly followed by a petition asking for the aquarium to be shut down, and the petition to date has gathered more than 580,000 signatures.