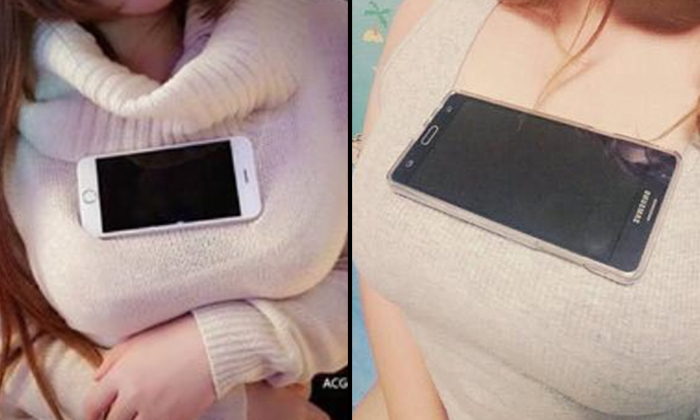 Another bizarre trend has just emerged recently; women balancing objects on their chests.

Apparently the act was inspired by an anime, “Tawawa on Monday”, in which a character used her chest as a stand for her phone while watching a video, according to World of Buzz.

Since then, many women have uploaded photos of themselves in a similar pose, balancing a variety of different objects.

Unsurprisingly, the trend is particularly evident among women with more voluptuous figures, capitalising on the trend to flaunt their assets.

However less curvy women, and even men have also hopped onto the bandwagon, uploading their hilarious takes on the trend.

So what do you think of this new trend? Check out the gallery below.