Woman wins USD 42.9 million from slot machines, casino says it is a malfunction and offers her dinner instead 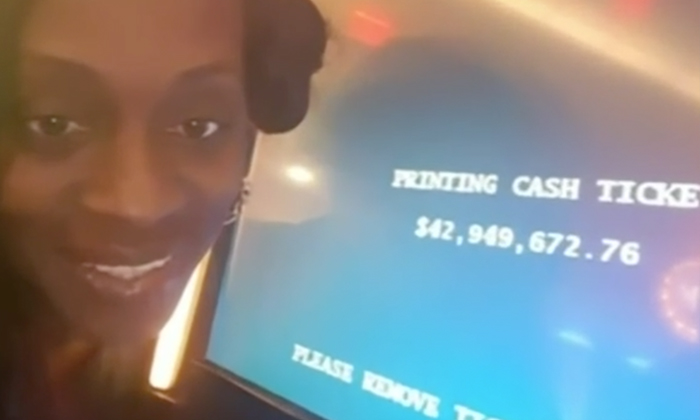 An American woman, Katrina Bookman, was overjoyed after she won over USD 40 million from a New York casino.

However, she was later told that it was due to a malfunction as the maximum payout was USD 6500.

The incident occurred at the Resorts World Casino in Queens, New York back in August.

She took a selfie when she won, and staff personnel from the casino gathered to witness the historical moment. The amount she won was reportedly the biggest win from a slot machine in America.

However, staff told her to come back the next day and they broke the bad news to her.

Bookman was not given the USD 6500 and offered a steak dinner in compensation. Now, she is suing the casino for the USD 6500.

She told ABC she wanted to use the money to build a barber shop for her son and give back to her community.