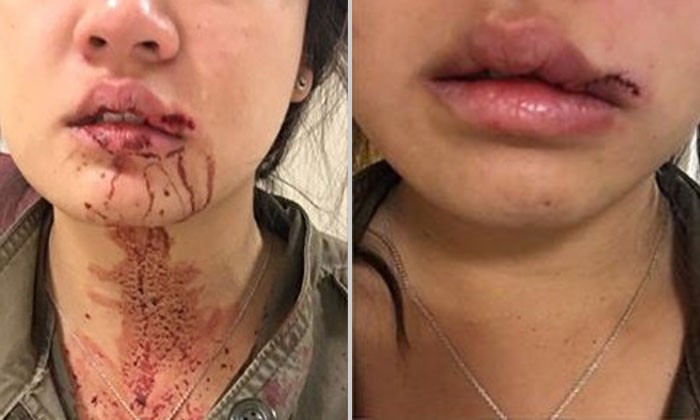 Last Monday (Nov 14), Facebook user Cora Kim was attacked on the street across her home in New York, United States.

According to her post, a man attempted to sexually assault her.

Cora fought back and when the man realised that he was not going to succeed, he ran away and she chased after him.

He swung at her in an attempt to escape.

The swing split open her lip and earned her 11 stitches, inside and outside of her mouth.

She was less concerned about her injury, saying that she was "angry" because he escaped.

She said that "every day he's free means one more girl he can assault."

"And those girls may not fight back."

She reminded people that sexual assault "is not a joke" and could happen any day and anywhere to anyone. She asked for people to look out for "the girl or guy on the street in the distance", in case they are too scared to fight back against sexual assault.

She attached photos of her split lip and her bloodstained jacket.

Many netizens responded calling her "brave", and hoping that her attacker would be apprehended soon.