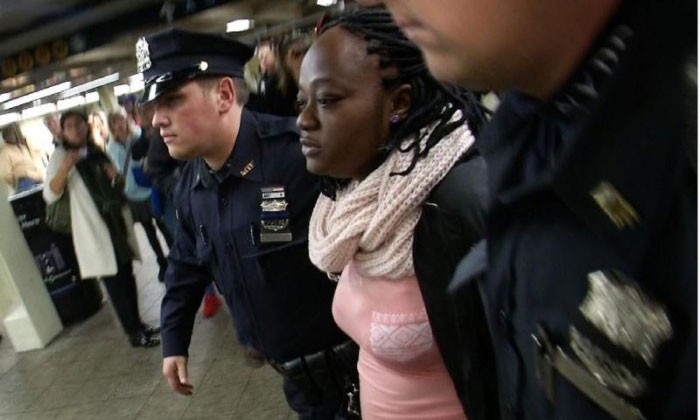 A woman shoved an unidentified traveller off a New York City subway platform who died on the path of an approaching train on Mon (Nov 7) around 1am EST  (2am Singapore time).

The victim was instantly murdered as bystanders witness the tragic death.

According to Reuters via AsiaOne, the victim was a woman who was pushed off just as a southbound No. 1 train pulled into Times Square station.

The police mentioned that the suspect who was wearing a pink shirt and scarf lunged at the victim on the platform.

Two hours after the incident, emergency responders were working to remove the woman's body from the tracks and resume the subway's service before peak hour.

He added that those who witnessed the attack seemed visibly shaken and some said that the victim and the suspect were involved in a dispute but whether they knew each other or not remains unknown.

Related Stories
48-year-old cleaner who died after slipping and falling at condo a 'tragic misadventure'
Primary 5 boy who fell to his death at Fernvale Link: Mum believes he killed himself over exam results while dad feels it was an accident
Singaporean man dies while climbing mountain in India
subway
train
push
dead
killed
murder
New York