Woman pranks boyfriend into thinking she has been brutally murdered 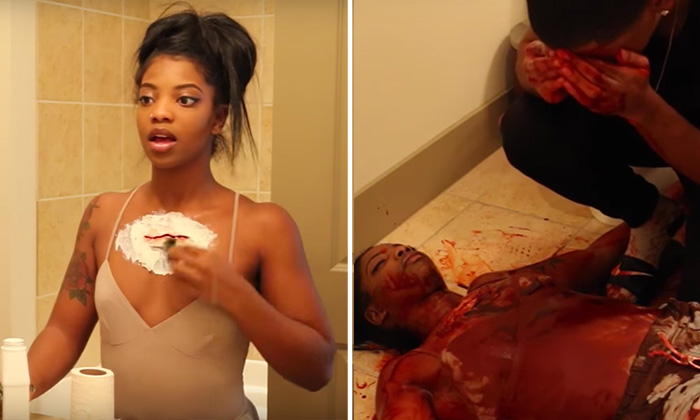 While her boyfriend is out getting in the weekly groceries, this woman decides that upon his return, she will trick him into thinking that she's been brutally murdered.

Pranks have gone beyond what they once were, and are only considered a success if the victim of the practical joke is left in a state of shock, 30 seconds away from a heart attack.

Take this for example. You have to give her props for the effort, as she cakes herself in prosthetic, fake blood and litters the house with things to make it look like she has been butchered.

According to The Lad Bible, the video ends with a rather under whelming reaction from the 'victim' of the prank, who barely breaks a sweat in trying to revive her.

The woman then laughs and it's all a bit anti-climatic.

Well, the biggest pain for them is definitely the fact that they now have to clean the entire flat.

Related Stories
Man pranks his grandma with wacky magic tricks -- and her reactions are priceless
iPhones are crashing after playing 3-second prank video
Oh no she did not! Girl pranks boyfriend with shaved eyebrows -- and he flips out
funny
prank
scary
blood
bloody
hilarious