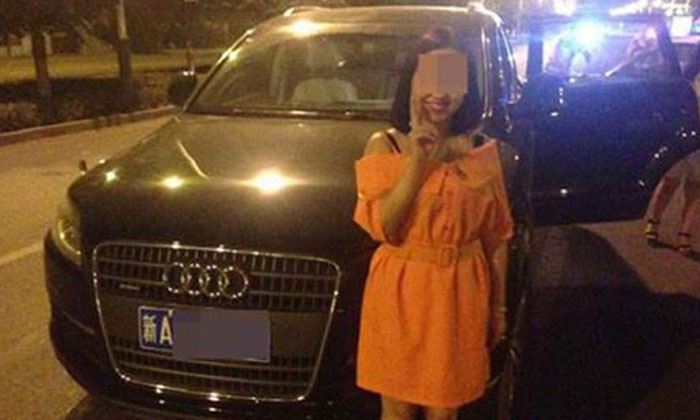 A woman's main concern after she got arrested was not that she had been drink-driving, but whether she looked nice in her mugshot.

According to Shanghaiist, it was just before midnight last week when the young woman was pulled over by police in Xinjiang, China.

Police asked her for her license.

She could not produce it, and instead tried to flirt her way out of the ticket.

Police asked her to perform a breathalyser test to see if she had been drinking.

At first, she tried to do the 'breathalyser trick' by not exhaling. The officer impatiently informed her that they would gladly drive her to the hospital and have a blood test performed, Sina reports.

The breathalyser results showed that she had in fact been drinking.

Police then began taking pictures for evidence. When they were taking pictures of her, she demanded that the officers use Meitu, a popular Chinese photo editing app, to make her look better.

She even gamely posed for photos beside her car.