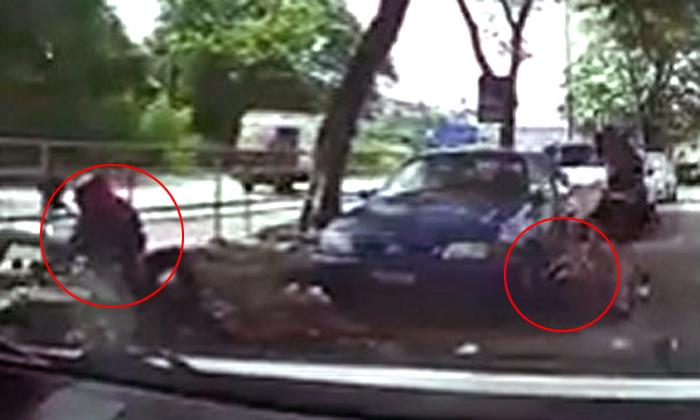 A woman has won the admiration of netizens after beating the living daylights out of two thieves who tried to snatch her handbag.

A clip of the incident went viral recently, and was shared on All Singapore Stuff.

In it, a couple are driving near the woman, who is seen getting out of her car.

A man wearing a motorcycle helmet runs up and tries to grab her handbag.

However, the woman maintains a strong grip on her handbag, and kicks him before tackling him to the ground.

She rains blows on him, all while the couple hilariously yell in Tamil about wanting to help, but never actually doing it.

Another biker runs up to her and tries snatch her handbag, having learnt nothing from the beating his friend received.

He gets slammed to the ground, and kicked repeatedly.

The man in the car tells his female companion that he is getting out of the car to help her.

She humorously tells him that the woman has taken care of the incident on her own.