Wife cuts off husband's penis over 'strange sexual demands' in Malaysia: Her rights were violated during investigation, say lawyers 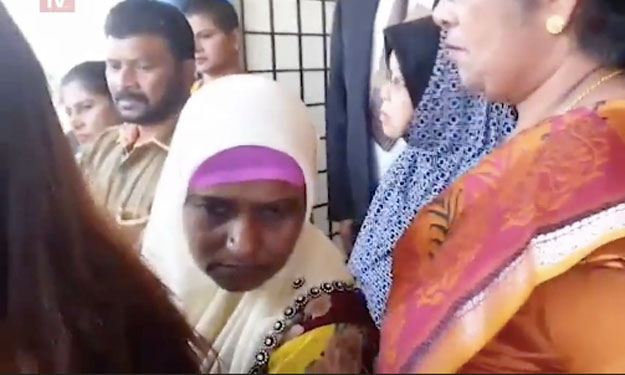 A woman in Malaysia accused of cutting off her Pakistani husband’s penis was not told she could consult a lawyer before police questioning, said the legal team representing her.

As a result, Fatimah Abdullah, 51, admitted to the offence on Jan 29 and faced a maximum 20 years in jail, reports The Star.

However, on the advice of her lawyers, she now pleaded not guilty to the charge of causing grievous hurt to her husband with a straight razor at their home in Batu Kikir on Jan 20.

The 44-year-old man was sleeping at the time of the alleged attack which was purportedly over his weird sexual demands on her.

The lawyers for Fatimah at the Sessions Court said Section 28A of the Criminal Procedure Code clearly spells out that anyone arrested by the police has the right to consult a lawyer before questioning or having a police statement recorded.

“But in Fatimah’s case, this was not done. She was arrested and immediately produced in court on Jan 29 where she pleaded guilty to the charge without even consulting a lawyer,” said one of her lawyers.

Fatimah, who has five children from a previous marriage, had also allegedly told police that she slashed her husband, Umar Rahman, because she couldn’t endure his “strange sexual demands”.

She purportedly claimed that she had been tolerating this since their marriage in 2014. Judge Sazlina Safie fixed April 11 for re-mention of the case, pending a medical report on Umar’s condition.

Her lawyers said that if not for the timely intervention of the MIC, Fatimah, who was “innocent until proven guilty”, would have been sentenced without having had access to legal counsel.

National MIC Wanita chief Mohana Muniandy, who was present in court, told reporters that the party would assist Fatimah.