Why is this boy stealing when he's just five? 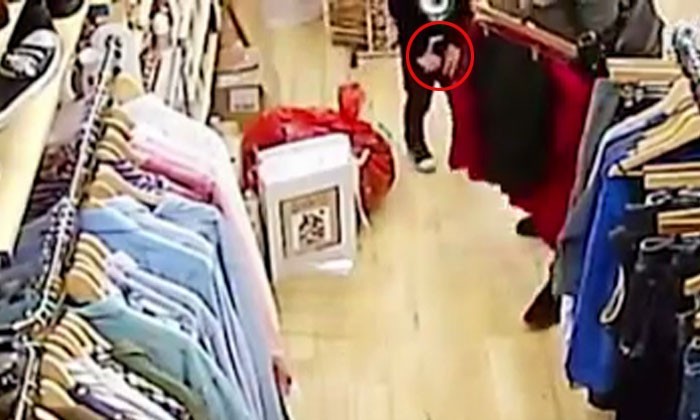 The boy in the video, aged five, was enlisted by two men to steal from a charity shop, according to the police.

Scotland Yard released this CCTV footage and it can be seen that the men were instructing the boy to take an employee's phone behind the counter of Cancer Research shop in Wimbledon, south-west London.

The boy then hid the phone in his pants while another accomplice helped to distract the staff, according to Breaking News.ie.

After that, the man patted the boy's head before leaving the store with some women's clothes in his hand.

But why is the boy taught to steal at such a young age?

According to The Sun, a National Society for the Prevention of Cruelty to Children spokesperson said: “Anyone watching this footage will clearly be shocked by what appears to be a child being forced to break the law."

His parents should take their son in hand and educate him on the implications of stealing, lest he grows up stealing.

Related Stories
Jobless man breaks into sister's house to steal $340,000 watches
Woman steals ex-BF's IC, gets another man to impersonate him and registers their marriage
Man steals Samsung Note 5 from VivoCity shop in seconds
S'pore youths allegedly caught shoplifting at Bangkok mall -- then have cheek to laugh and pose when being photographed by security
steal
child
accomplice
shocking