What a wild ride! Girl asks handsome Uber driver out -- who agrees and then drops bombshell 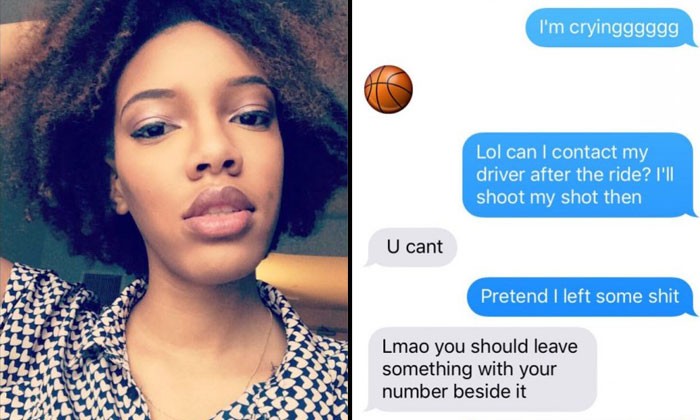 A girl has gone out of her way to ask a good-looking Uber driver out on a date and he said, "Text me."

However, that is not the end of the story as the next few texts from him crushed Kelly Amirah's hopes and dreams.

Her long yet entertaining Twitter thread has gone viral after she described in detail what happened when she and her friends were heading out to a party.

She was so smitten by their Uber driver that she left her charger so that she had an excuse to contact him again.

Throughout the whole party, all she did was try to contact him but the call went straight to voicemail.

Albeit, she called him at one in the morning.

Not to be discouraged, she tried again and waited.

She got his text and dressed up to meet him.

She then asked, "Not to be too forward, but do you want to go out sometime?"

His reply sent her to cloud nine but he brought her back down to earth with a horrifying truth.

View the gallery above for the whole story and really twisted ending.