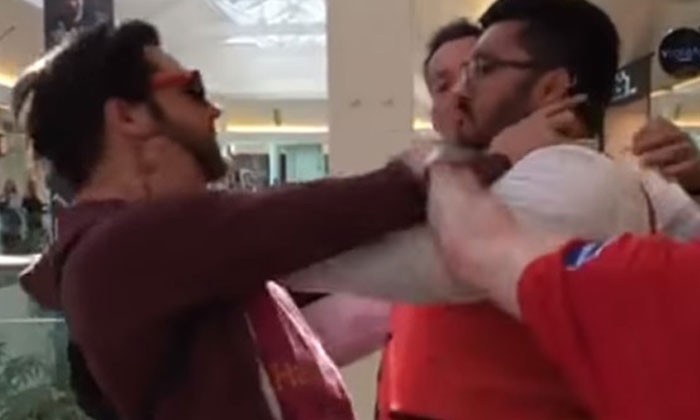 Who in the right mind would go around smashing iPhones in an Apple store?

According to Asia News Network via AsiaOne, this guy would. Or at least, he already did.

According to the report, the customer invaded an Apple Store on Thursday (Sep 27) in Dijon, France.

With a palm-sized steel ball used in the French bowling game pentaque, he smashed 12 iPhone units, an iPod Touch, and a MacBook Air gadget display.

The footage of the incident was first uploaded via Twitter user Quentin_iOS but was removed and susequently uploaded on YouTube.

According to Le Journal, the footage showed the customer unyieldingly pounding the gadgets and later clamoring about his 'customer rights' and dissatisfaction to the way the tech giant handled his support case.

"Ladies and gentlemen, Apple is a company that violated European consumers' rights!" he exclaimed in French.

He added, "They refused to reimburse me, I told them, 'Give me my money back.' They said no. So you know what's happening? This is happening."

He was then escorted out of the store and took to the Central Police by the shopping mall's security personnel. The lawsuit's prosecutor told French media that the damages amounted to 50,000 euros (S$77,000).

Related Stories
23-year-old Chinese socialite lives in $860k condo and gets $40k monthly allowance: 'It's not my fault I was born rich'
iPhone 7 'seller' scams a dozen of more than $10,000 on Carousell
Chinese businessman gives 39 classmates engraved iPhones at class reunion
More About:
iphone
bizarre
inconsiderate