Thai woman pummels husband's mistress in the middle of street 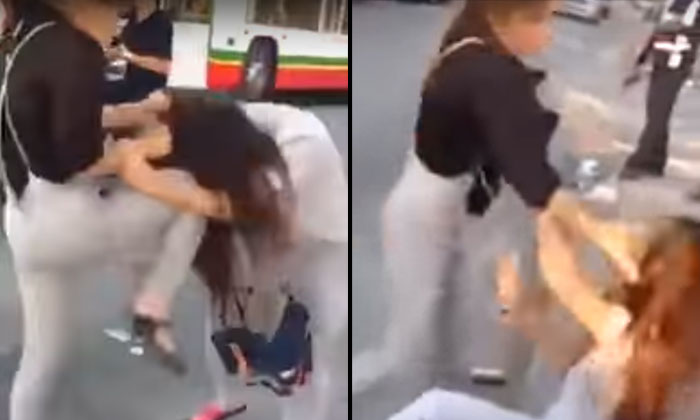 In the video, a woman in a black top, supposedly a wife, grabbed another woman in white, supposedly the mistress, by her hair and continually kneed her in the abdomen, while the whole process was filmed by a bystander not captured in the video.

The women spoke Thai, even though the content of their exchange cannot be ascertained.

At one point, the attacker kneed the victim so hard that her handbag fell to the ground, while she writhed in pain.

The wife did not let up, moving to slap the mistress in the face, before mounting her and trapping her beneath her weight.

The whole time, the wife continually assaulted the hapless mistress, while screaming at her.

It was only after a while that a group of women finally intervened, dragging the enraged attacker away and helping the other woman up.

It is unclear when or where the catfight took place.