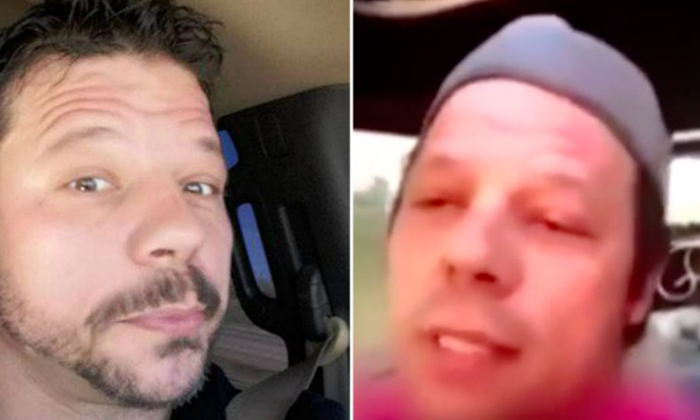 A notorious murderer, Michael Vance, who’s long list of crimes include the shooting of two police officers, multiple homicides, rape of a minor, assaults and frauds recently uploaded a video log of his dramatic escape from the law enforcement agents in a stolen truck.

In the first of two videos, Michael filmed himself shooting two police officers with a Kalashnikov assault rifle, and the videos were streamed live as police officers engaged him in a high speed car chase down the highway, according to Viral Thread.

Michael can be heard in the video saying:

““This is more intense than I thought this was gonna be, to say the least.

“This truck is about dead, and I need it to get out, which I hope it does, ‘cuz I’m about to steal another car.

“This sh*t’s gonna be intense.”

-- all while suffering from a serious bullet wound.

He went on to say:

“This is the real deal.

“This aint a joke, it aint a prank; I’m going f*cking live.

“If you want to know what happens next then stay tuned to your local news.

“It hurts, it sucks. America, you knew this would happen.

“That I would get my guns and… you’re lucky it went down this way.”

Michael also claimed that the police were framing him in his video address, stating that, “Everything that was said, it was all a set-up …” , while expressing his gratitude for his sister.

The plot thickened further, when the police found Michael’s aunt and uncle dead during the manhunt for Michael, sporting severe lacerations to their necks.

It was alleged that Michael killed the pair and attempted to decapitate them in order to make identifying the bodies more difficult.

Michael, widely believed to be HIV positive, was also accused of sexually assaulting a 15-year-old girl, who told police she was molested by Michael for over an hour.

The police are currently on the lookout for Michael and strongly urge anyone with information regarding the case to come forth.