Wake up, Ma: Kid livestreams his parents overdosing on heroin 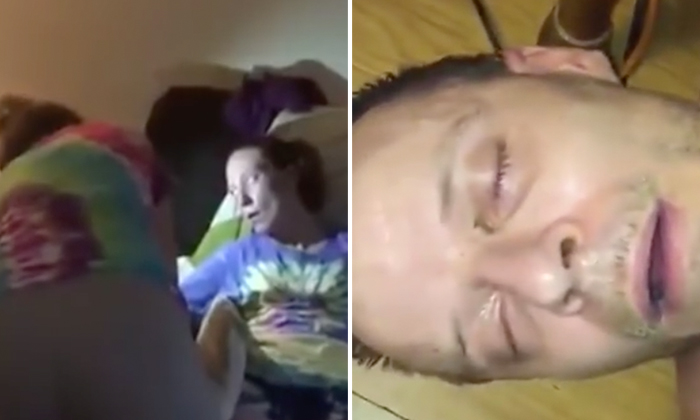 From the couple overdosing on the street to the young boy found in the SUV with his passed-out grandmother, the Internet has seen a slew of drug-related viral videos of late.

The latest video shows a man and a woman overdosing on heroin as their children film them. The mother's eyes rolled up to the ceiling and the father lay half-naked on the floor, sweating.

According to the Mirror, the two-minute video was posted via Facebook Live.

The kids shone lights in their parents' faces in an attempt to wake them up, even kicking their father at one point.

When he didn't move, the son could be heard saying, "He can't feel it, that's how high he is."

The father attempted to get up at one point, but fell back to the floor.

"Man, you can't be like this around your kids, man," the son said.

Sadly, it seems like a regular occurrence for the children as they giggle and joke about the situation

Related Stories
Shocking clip shows American couple overdosing on drugs in broad daylight, as passers-by mock and film them
Drug syndicate operating out of Geylang smashed after CNB seizes more than $218,000 worth of drugs
More About:
drug
drugs
overdose
heroin