Victim recalls moment she realised she had been shot: "Suddenly, I tasted blood in my mouth" 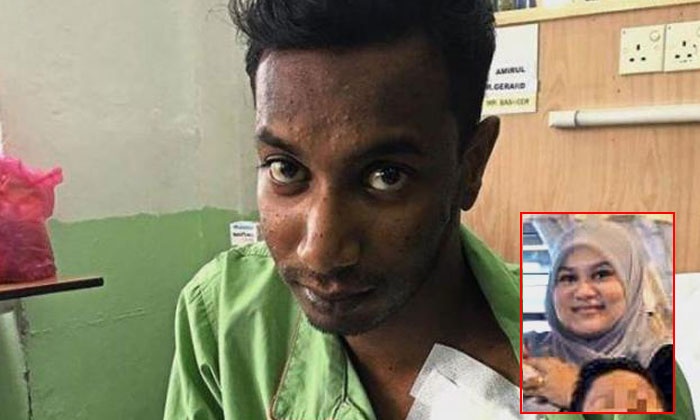 Nurul Huda Abdul Aziz was driving back home to Kepala Batas after a trip to George Town with her four children when she came across what looked like an accident. Unconcerned, she continued her journey.

Seconds later, she tasted blood in her mouth. It then occurred to her that she had been shot, resulting in the screams os her children.

Nurul Huda was among five people who were injured during a shooting spree at the Tun Dr Lim Chong Eu Expressway, reported The Star.

The 38-year-old Tenaga Nasional Berhad (TNB) assistant manager said her five-year-old daughter was seated in the front passenger seat while the rest were in the back.

"It happened so fast. When I was about to reach the intersection leading to the Penang Bridge, I saw what I thought was a normal accident.

"I overtook some vehicles in front of me and then all of a sudden, I tasted blood in my mouth. That's when I realised something had happened, that I had been shot.

"I felt dizzy and stopped my car by the roadside, and just waited for help. I remembered my children screaming when I vomited blood."

Fortunately, a motorist rushed her to the hospital, bringing along her three children, while another motorcyclist brought her last kid using his vehicle.

According to Nurul Huda, her children -- especially her five-year-old daughter, are still traumatised by the incident.

Nurul Huda, who underwent surgery at the Penang Hospital, was later transferred to the normal ward on Tuesday.

Part-time RTM videographer Mohamad Amirul Amin, 28, who was also shot in the incident, has been transferred from the intensive care unit (ICU) to the cardiothoracic surgical ward.

He was shot in the chest, just above the heart.

"As the bullet also hit one of my lungs, a tube was inserted to suck out the water in my lung. That hurts.

"And my left hand is still numb and I cannot bend my fingers."

Amirul is however thankful that the injury is no long life-threatening.

Penang Hospital Visitors Board chairman Lim Thoon Deong, who visited the injured victims yesterday, said the hospital would arrange counselling for Nurul Huda's children if there was a need.

Related Stories
24-year-old Singaporean killed by gangster in Pakistan: He was shot 8 times
'Mascot' jaguar shot dead shortly after being paraded at Olympic torch ceremony in Brazil
Internet vows to hunt down US tourist who shot and killed iconic lion in Zimbabwe
shooting
Malaysia
accident
dangerous