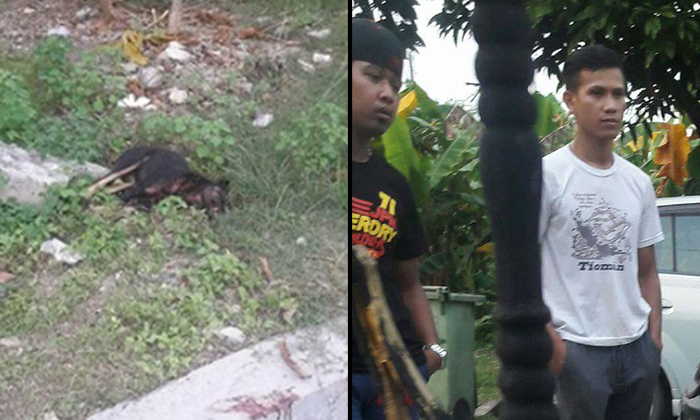 Images showing two boys who had allegedly beaten a puppy to death in Petaling Jaya, Malaysia, have gone viral.

The witness said: "There were a few street dogs near my house and my father and neighbours used to feed them.

"These dogs sometimes used to chase people, but today, a few boys in my area beat a puppy to death.

"We were all very shocked actually. That two boys are now shouting at us, asking why we are seeking justice for these street dogs."

After the post was published, the two boys allegedly started threatening witnesses’ families, demanding for the post to be removed.

According to World of Buzz, they apparently targeted witnesses’ cars and also went on to threaten them with parangs.

Many netizens have spoken out about the incident, sharing their support for those who reported the animal abuse. They also slammed the actions of the boys.

Said one user: "Don’t be scared of them because they are worse than animals. We pray for your safety and God will protect you always for your kindness to animals."

The duo who abused the canine have since been arrested by the police.

Related Stories
Who's the sicko who used scotch tape on bird in Potong Pasir?
Driver who saw moving plastic bag along the road heartbroken by what she found inside
Heartbreaking scene as baby monkey sits next to parent run over by vehicle
animal cruelty
Malaysia
Malaysia teenagers beat dog to death