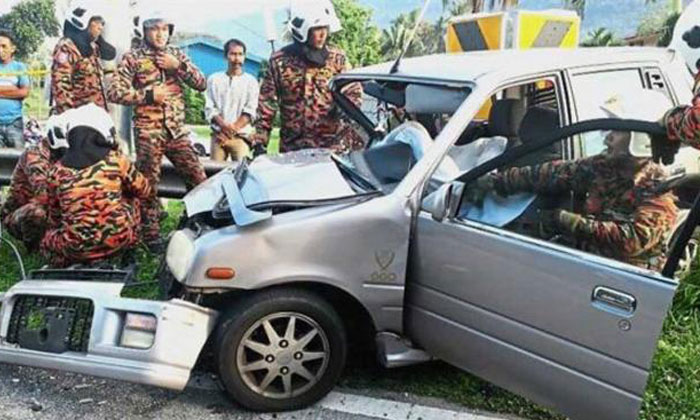 The police has recently detained a university student whose car swerved into an opposing lane -- killing a pregnant woman and her four-year-old son, reported The Star via AsiaOne.

Both the eight-month pregnant lady and her son were travelling in a Perodua Kancil when the 22-year-old Muhammad Zikrul Fahmi Musa crashed his Perodua Viva into them.

According to the report, Muhammad Zikrul allegedly sped into her lane in an attempt to overtake another vehicle in front of him at Jalan Kalumpang, near Tanjung Malim.

The accident took place at around 7.45am yesterday (Dec 6) at the 72nd kilometre of Jalan Kalumpang, infront of the Kalumpang Health Clinic, said Hulu Selangor OCPD Supt R. Supramaniam.

The pregnant woman was later identified as Husnadia Abdul Rani, 30, a staff nurse who worked at the above mentioned clinic.

Meanwhile, Zikrul who currently studies in Universiti Pendidikan Sultan Idris, was slighlty injured while his passenger, Syarifah Nadia Sheik Mohd Abdul Wahab, 22, who was also a student, did not suffer any injuries.

He added that the driver of the Perodua Viva was held for further investigations.

The case is currently being investigated under Section 41(1) of the Road Transport Act 1987 while the remains of the two victims were brought to the Kuala Kubu Baru Hospital for post-mortem.