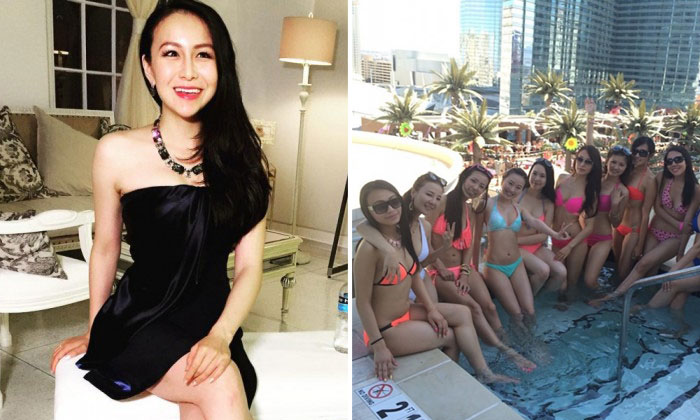 Chelsea Jiang is not shy about letting others have a peek into her super fabulous lifestyle.

Jiang is a cast member of 'Ultra Rich Asian Girls', a reality show that follows the lives of daughters who come from extremely wealthy Chinese families that immigrated to Canada.

Viewers get a taste of the high life as they follow the girls on their luxurious escapades and attempts at launching their careers as fashion designers and actresses.

Jiang, 25, is the founder of fashion label C3 and a mother to a son she gave birth to earlier this year.

According to The Coverage, she has left a mark with catch phrases like, "If I'm beef, I'm wagyu".

Jiang grew up in China and went to private schools but barely saw her father.

However, when she did, he would buy her anything she wanted.

Speaking on her family, she said:

“My family is very hard working.

"They earned every penny through their hard work and wisdom.

"They told me, ‘Always depend on yourself, nothing else.’ ”

On the toughest job she has ever had, she said:

"The hardest thing is being a mom, yet it's the most rewarding thing too."

Despite saying that ugly rich guys can use their wealth to get plastic surgery to become 'hot and rich', she would consider marrying someone 'below' her social status for love:

"I believe in love more than anything else.”

She also sees herself as more fortunate than rich and believes people want to know her for more than just her money.

"I’m not spoiled or acting spoiled. I worked as a waitress when I was 18. Also I studied hard to graduate with a math degree. Everything I have in my life I earned it from hard work.”

Chinese who are uncultured or lacking sophistication and has gotten wealthy quite recent are often referred to as “tuhao” in China. When asked if she considers herself as part of the clan, Jiang said:

“Of course not. First, we are not uncultured or lack manners. Second, I’m not rich enough to be called tuhao lol.”

She also believes strongly in giving back:

“It’s easier for those who are fortunate with wealth to make the world a better place because they have more power in general.

"So I think the rich should do whatever is in their ability to help those who have needs.”

Related Stories
The rich and glam: 5 of the most influential socialites in Singapore
Rich kids who have no problem recklessly splurging their parents' money
rich