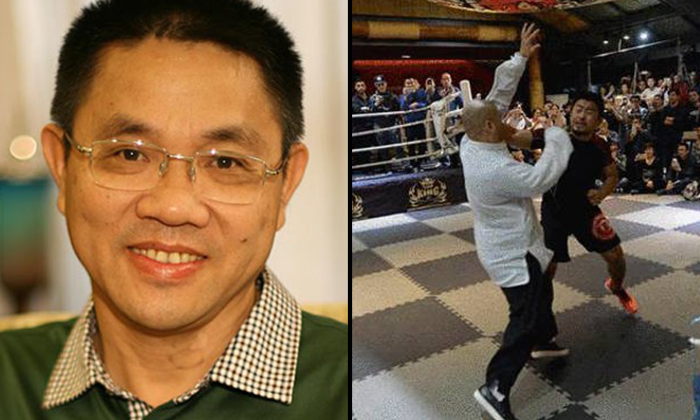 After a fight between a Tai Chi master and a MMA fighter went viral --- in which the MMA fighter made short work of the master --- the MMA fighter, Xu Xiaodong has issued a challenge to any other traditional Chinese martial arts masters who think they may be up to the challenge of bringing him down in a no-holds-barred fight.

Xu also bragged that he would be open to taking on two or even three masters at the same time to prove to the world that these ‘masters’ were frauds, reports Shanghaiist.

This has stirred the interest of many, and the stakes were elevated further when a Chinese tycoon promised to sponsor RMB10 million for the fight.

The multi-billionaire beverage and food magnate Chen Sheng, the founder of the Tiandi No 1 drinks empire reportedly told reporters from the South China Morning Post:

“I want him to understand, he used this kind of extreme method to provoke Chinese traditional culture, and will need to pay the price.”

The prize money will be divided up equally between five matches, and the winner of each bout would take home RMB1.5 million, while the loser bags RMB500,000.

Xu stands to win RMB7.5 million should he win all five matches.

The bold statement by Xu became one of the most widely debated topic on Chinese social media and a number of marital art experts have stepped forth to defend the dignity of their discipline.

The Chinese Wushu Association which wants nothing to do with the event, said that the fights were a travesty and a violation of the law, as well as ‘Tai Chi’ morality.

While Xu’s opponents have not been announced, here’s hoping that they’ll fare better than his previous opponent, the 41-year-old founder of the "Thunder-style of Tai Chi, Lei Lei who was beaten in about 10 seconds.

For his lacklustre performance, Leo made a variety of excuses, citing that he was wearing new shoes and slipped, and also that he was deliberately holding back his ‘true powers’ so as not to mortally injure his opponent.

A video of the match between the two can be viewed below if you've missed it.