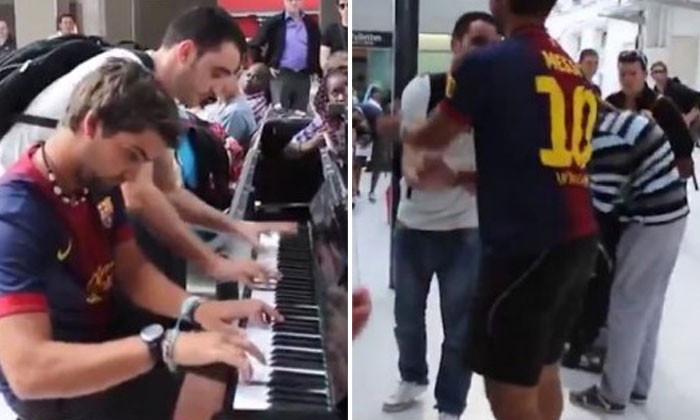 Music connects people from around the world and it resonated with people in an airport when two strangers seamlessly played tunes in sync and in perfect harmony.

A man can be seen playing the piano alone with his head down in concentration in a video posted by Jack Mull on Twitter which have gone viral.

The man was playing beautifully, getting the attention of a few passers by including another man, who stood behind him at first, just admiring his skills.

Both flourished under the gaze of passengers waiting to board their planes.

When they finished, the crowd erupted in applause and both men shook hands before parting ways.

Watch the video below and enjoy the musical piece.

Music really is the universal language, this is dope pic.twitter.com/9YT4M8MgLH

Related Stories
Thank you for lifting my mood, says cyclist to stranger who left chocolates on his bicycle at Khatib
Help from a stranger turns her life around: she is now gunning for a degree
Stranger leaves unexpectedly hilarious note after scratching guy's car that he lets it go
airport
music
fun
crowd
stranger