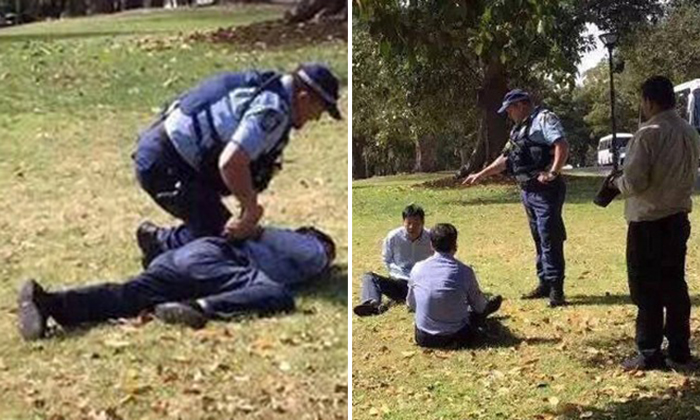 Two tourists from China ended up getting arrested by Australian police after getting caught peeing at a park in Sydney.

A witness who posted an account of the incident on social media said the two men were spotted with their zippers open.

When officers approached them, the two men zipped up and attempted to flee.

The officers caught the men, who then attempted to resist arrest, reports Shanghaiist.

However, both tourists ended up handcuffed and on the ground.

The witness also said that the incident was embarrassing because there was a public toilet just three minutes away from where the men were caught.

Sina News reports that the two men, aged 66 and 41, were part of a tour group from Wenzhou, Zhejiang province.

The older man was the one who got into a scuffle with police, reports Shanghai Daily.

He was charged with resisting arrest and for offensive behavior, and will appear in court next month.

Meanwhile, the younger man was given a notice for offensive behavior.

Related Stories
Internet vows to hunt down US tourist who shot and killed iconic lion in Zimbabwe
No, you should not be here: Tourists pull out corals to pose for photos in Malaysia
Tourists get watch stolen in Thailand --- then say this photo shows who the thieves are
More About:
China tourists pee in Australia
tourists arrested
tourists
China