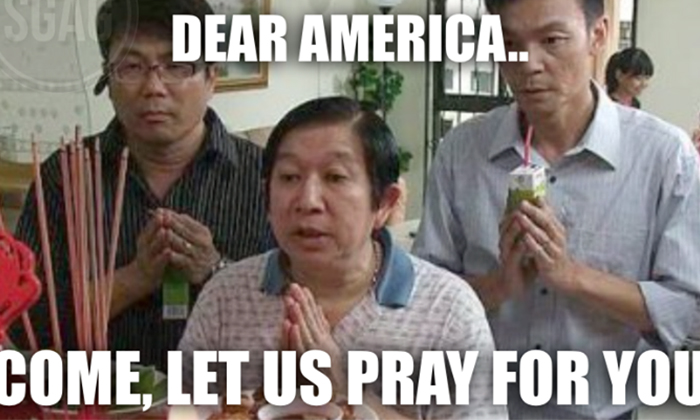 America has spoken and they have chosen Donald Trump as their 45th President.

This is a man who has been embroiled in numerous controversies-from sexual harassment allegations, tax evation, racist and homophobic remarks.

However, his supporters argue that he is a shrewd businessman and his policies would "make America great again", although the Internet is not so sure.

Trump's memes and jokes have flooded the Internet as the world is still in shock after the election results.

The jokes started after Trump was spotted peeking at Melania's voting slip, seemingly to make sure she was not going to vote for his more capable rival.

His son was spotted doing the same to his wife and the Internet ran into hysterics.

Some Twitter users even "offered" Singaporean citizenships via marriage...for a small fee.

Only time will tell if the next four years would be one big joke for America.

Take a look at our compilation of the funniest Trump memes below.